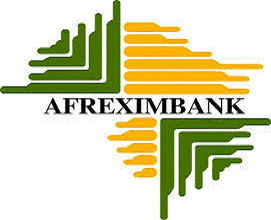 African Export-Import Bank (Afreximbank), the Pan-African multilateral EXIM Bank, has  announced the signing of a  seven -year $350 Million Term Loan Facility to provide financing to OCP Group, the world’s largest phosphate mining and leading fertilizer company. The facility will support OCP Group’s expansion plans across Africa.
President of Afreximbank, Prof. Benedict Oramah observed that through this partnership with a major player in the fertilizer industry and with a strong presence across Africa, Afreximbank was fulfilling its mandate of facilitating export development in the continent and promoting intra-African trade and investments.
“This is an important transaction which supports the development of Africa’s agricultural capacity. OCP Group’s products, which are tailored to the needs of African farmers, will generate broad and deep improvements to the continent’s ability to compete in international agricultural markets,” said Prof. Oramah. “This facility also has symbolic value, as it marks the beginning of a productive and close relationship between Afreximbank and OCP Group. We are delighted to announce this facility, as the first demonstration of the strong relationship the Bank enjoys with Morocco,” he added.
OCP Group numbers among the world’s largest phosphate producers, with a strong position across all five continents and exporting to more than 160 clients.  Over the last decade, the Group has consolidated its position in many African countries and, as an African player, is committed to developing South-South cooperation, placing Africa at the heart of its growth plan to contribute to bolstering the entire African agricultural ecosystem, by providing the continent with both the right quantities and qualities of customized fertilizer products.
As part of Afreximbank’s remit to advance regional trade in Africa, support is prioritized towards activities of African multinational corporations dubbed “Intra-African Trade Champions” – reflecting their status as key actors in the expansion and acceleration of Intra-African trade.
The African Export-Import Bank (Afreximbank) is a Pan-African multilateral financial institution with the mandate of financing and promoting intra-and extra-African trade. Afreximbank was established in October 1993 and owned by African governments, the African Development Bank and other African multilateral financial institutions as well as African and non-African public and private investors. The Bank was established under two constitutive documents, an Agreement signed by member states, which confers on the Bank the status of an international organization, and a Charter signed by all Shareholders, which governs its corporate structure and operations. Afreximbank deploys innovative structures to deliver financing solutions that are supporting the transformation of the structure of Africa’s trade, accelerating industrialization and intra-regional trade, thereby sustaining economic expansion in Africa. At the end of 2020, the Bank’s total assets and guarantees stood at US$21.5 billion and its shareholders funds amounted to US$3.4 billion. The Bank disbursed more than US$38billion between 2016 and 2020. Afreximbank has ratings assigned by GCR (international scale) (A-), Moody’s (Baa1) and Fitch (BBB-). The Bank is headquartered in Cairo, Egypt.
Previous Article