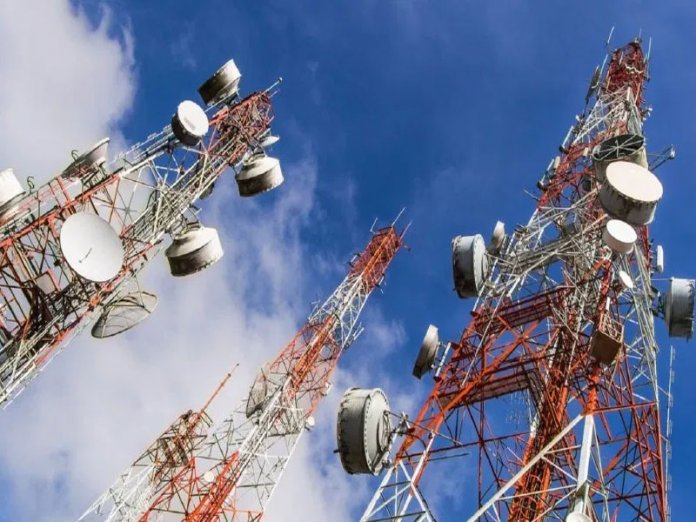 Telecoms operators (Telcos) under the aegis of the Association of Licensed Telecoms Operators of Nigeria (ALTON), the umbrella body of Network Operators, Infrastructure Companies and Value Added Services (VAS) providers, have threatened to withdraw the Unstructured Supplementary Service (USSD) it offers banks and other Financial Service Providers (FSP) over accumulated debt that is over N42 billion.

In a statement issued yesterday by ALTON and signed by its Chairman, Gbenga Adebayo and its Head of Operations, Gbolahan Awonuga, the association said it would withdraw the USSD service from Monday March 15, 2021, and advised bank customers to use alternative channels for their financial transactions as from Monday.

The USSD is a software code developed by telecoms operators, which allows bank customers to carry out financial transactions like money transfer, without internet data and internet connectivity.

According to the statement, “In order to accelerate the adoption of financial services on USSD, the Financial Service Providers (FSPs) partnered with Telcos to zero-rate the USSD access to end-users, while they bore the cost for the provision of service. Based on the arrangement, the banks took on the responsibility of billing customers and paid our members for use of the USSD infrastructure from the service fees deducted from the customer’s bank account.

“Following the issuance of the USSD pricing determination by the Nigerian Communications Commission (NCC) which resulted in a price review of USSD service by our members, the banks decided that they would no longer pay for USSD service delivered to their customers and requested our members to charge customers directly for use of the USSD channel.

“This billing methodology where the Financial Service Providers customer is directly charged USSD access fees by our members irrespective of the service charges that the bank may subsequently apply to the customers’ bank account is called “End-User Billing” which the banks specifically demanded that all our members implement. The banks, however, provided no assurances to our members that such service fees charged to customers’ bank accounts for access to bank services through the USSD channel would be discontinued post implementation of end-user billing by our members.

“The removal of these service fees by the Financial Service Providers (FSPs) would have meant that if bank customers were charged only the USSD costs communicated by our members per USSD session, bank customers will be paying far less than what they are currently being charged by the Financial Service Providers (FSPs) which in some instances are as high as N50. Additionally the banks and Telcos will be applauded for collaborating towards the financial inclusion objectives of the Federal Government.”

The statement further said it had been more than eight months since the NCC issued an updated pricing methodology for USSD services for financial transactions in Nigeria, and the methodology explicitly restricts Mobile Network Operators (MNO’s) from charging the end user for the services and mandates the banking sector to enter into negotiations to settle outstanding obligations and agree individual pricing mechanisms to be applied going forwards.

The statement further said: “During this time, Mobile Network Operators have continued to provide access to USSD infrastructure and our members have continued to pay all bank charges and fees to access the banking industries assets and customers, despite the fact that obligations due from banks to telecoms companies for USSD services has reached over N42 billion.

“ALTON members have continued to provide these services because our primary concern is that the millions of Nigerian customers who access financial services through our USSD infrastructure every day should be able to continue conducting their transactions. This was given greater importance when customers’ became further reliant on these services due to COVID movement restrictions. Unfortunately, as it has been impossible to agree on a structure for these payments with the banks that do not involve the end-user being asked to pay, the government has been forced to intervene to ensure that a sustainable cost-sharing solution is agreed, that does not disadvantage the consumer in the long-term.”

ALTON said its members deeply regret that they had reached a point where the withdrawal of these services had become unavoidable, but however promised they would remain committed to working closely with the relevant ministries and regulators to resolve the issue as quickly as possible.

To minimise the disruption to customers, and with the concurrence of the Minster of Communications and Digital Economy and the Nigerian Communications Commission, on the huge debt to the network operators, ALTON said it would disconnect debtor Financial Service Providers from USSD services, until the huge debt was paid.

“Our members are initiating a phased process of withdrawal of USSD services, starting with the most significant debtors within the Financial Service Providers effective Monday March 15, 2021,” the statement further said.

ALTON therefore advised all telecoms subscribers to explore alternative channels with their banks, while the withdrawal of USSD service is in place.