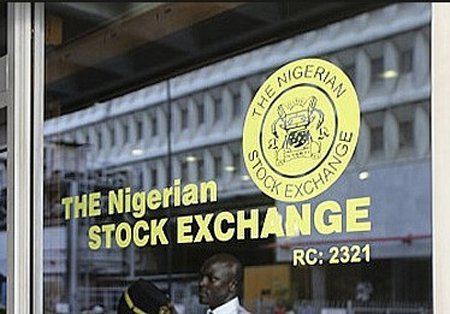 Investors on the Nigerian Stock Exchange on Tuesday lost N317bn in a trading session amid sell pressure on bellwethers, the News Agency of Nigeria reported.

Accordingly, the month-to-date and year-to-date losses increased to 2.8 per cent and 3.9 per cent respectively.

The downturn was impacted by losses recorded in medium and large capitalised stocks, amongst which are Lafarge Africa, United Bank for Africa, Greif Nigeria, Northern Nigeria Flour Mills and Zenith Bank.

UBA led the losers’ chart in percentage terms, dropping by 10 per cent to close at N7.20 per share.

On the other hand, Champion Breweries recorded the highest price gain of 9.78 per cent to close at N2.02 per share.

In spite of the drop in market indices, the total volume of shares traded rose by 64.8 per cent with an exchange of 545.92 million shares worth N9.59bn achieved in 5,307 deals.

Transactions in the shares of UBA topped the activity chart with 123.27 million shares worth N887.63m.