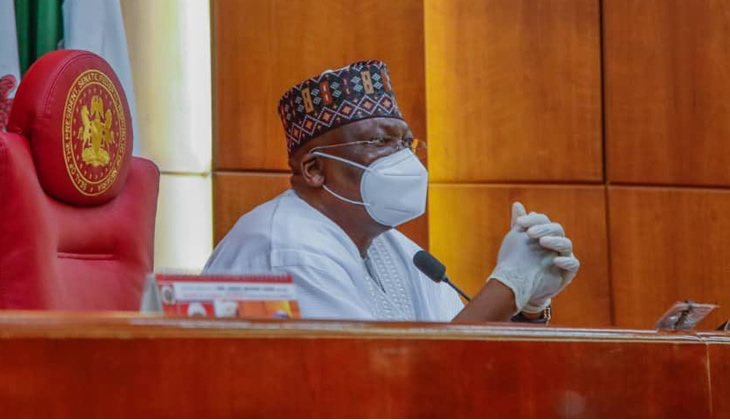 The Senate panel currently probing the allegation as contained in the 2016 report of the AuGF rejected the explanation offered by the NNPC and directed its officials to come up with more detailed explanations within the next seven days on how it expended the money on other items.

The Office of the Auditor-General, had in its 2016 Audit report, alleged that the NNPC did not remit N4.076tn into the Federation Account from operational proceeds made between 2010 and 2016.

The representative of the AuGF at the occasion, Olutoye Agesin, in his capacity as the Director of Public Accounts, clashed with Umar Ajiya who represented the NNPC GMD, as the Chief Finance Officer of the agency.

The NNPC CFO, in his submissions before the committee, explained that the alleged unremitted N4.076tn was spent on other critical areas of operations which were not taken into cognizance by the AuGF office.

Agesin, however, countered by saying the required explanations were not given for such spending.

The NNPC CFO debunked the allegation and said the alleged unremitted money was expended on oil pipeline repairs, domestic fuel supplies (which were heavily subsidised), security and management matters.

He added that the Federal Government owed NNPC N239bn.

He added that response to the query had been sufficiently made in the forensic audit conducted later.

He said the forensic reports were forwarded to the Office of the Auditor General and the Senate committee.

“At the end of the day that forensic audit established that NNPC owed about N797bn but also on the other hand, the federation also owed NNPC. The net effect was that the NNPC was owed N239bn. So, there is nothing like N4tn withheld by NNPC.

“The books are with the CBN; you can’t hide N4tn anywhere. It has gone through the consumption of PMS and that is why everybody has to be involved with respect to deregulation,” he explained.

Agesin in his own counter submission said though a copy of the forensic report was received by the Office of Auditor General, explanations given by NNPC on alleged spending made with the N4.07tn were not factual with required evidences of spending.

He said N4tn was not a small amount of money that could just be said to have been spent on pipeline repairs and oil subsidy within five years.

“Line by line details of such spending ought to have been made in the NNPC ‘s response to the query,” he said.

Members of the committee including Senators Ayo Akinyelure, Ibrahim Abdullahi, Suleiman Kwari, among others, supported the representative of the Auditor-General by telling the NNPC CFO to give detailed accounts of how the money was spent.

The Vice Chairman of the Committee, Senator Ibrahim Hadejia, directed the Chief Finance Officer of NNPC to furnish the committee with the required details within a week, upon which the query would be vacated or sustained.