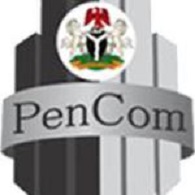 The National Pension Commission has said it recovered N553.03m from defaulting employers who deducted their workers monthly emoluments but failed to remit to their Retirement Savings Accounts with their respective pension fund administrators.

PenCom disclosed this in its monthly report for the fourth quarter of 2020 obtained on Sunday.

Out of this amount, the principal contribution of the workers was N382.46m, while penalties of N170.57m was recovered through recovery agents.

Part of the report read, “Following the issuance of demand notices to defaulting employers whose pension liabilities had been established by the recovery agents, the sum of N553.03m representing principal contribution of N382.46m and penalties of N170.57m were recovered from 19 defaulting employers during the quarter under review.”

The commission stated that during the period under review, the pension industry recorded a net marginal growth of 0.72 per cent (66,704) in schemes membership during the quarter under review, rising from 9.20 million contributors as at the end of the preceding quarter to 9.27 million as at Q4 2020.

The growth in the industry membership was driven by the RSA Scheme, which had an increase of 68,749 registered contributors.

However, it added, membership of the Closed Pension Fund Administrator Schemes declined by 2,045 to 14,926 while the Approved Existing Schemes membership remained unchanged at 40,951 as at Q4 2020.

It stated that the cumulative RSA registrations grew from the 9,147,039 recorded in Q3 2020 to 9,215,788 as at fourth quarter, 2020, representing a 0.75 per cent growth, which was mainly attributed to increased level of compliance by the public and private sectors.