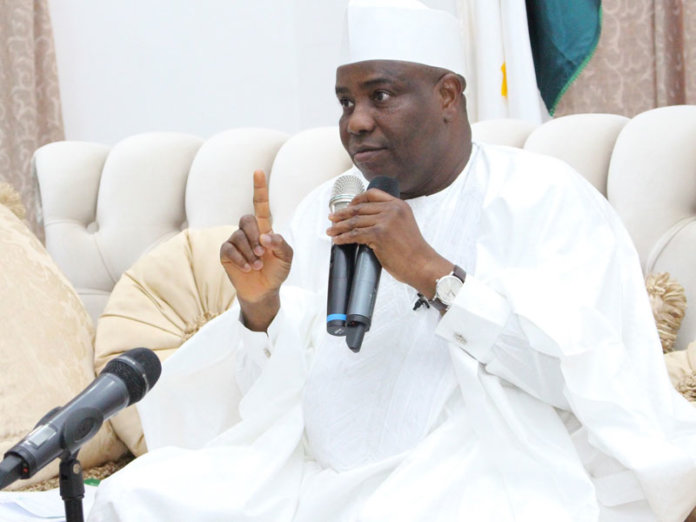 No fewer than 11 Northern states have beefed up security around schools to prevent the abduction of pupils by bandits in their states, THISDAY’s investigations have revealed.

It was learnt at the weekend that the states stepped up security in schools following the recent abductions of 27 pupils from Government Science College, Kagara in Niger State and 297 others from Government Girls’ Secondary School in Jangebe, Zamfara State. However, all the pupils have been recovered following intense negotiations between the bandits and the governments of the two states, with the assistance of non-state actors.

Gunmen had also abducted over 300 boys from Government Secondary School in Kankara, Katsina State, who were freed about a week later.
These incidents have fuelled concerns that the number of out-of-school children in the North might increase as parents might be discouraged from sending their children to school.
To avoid this development, the Sokoto State Government has taken drastic measures to avoid a reoccurrence of the Kankara and Jangebe incidents.

Sokoto State Commissioner for Security and Career Affairs, Col. Garba Moyi (rtd), told THISDAY that Governor Aminu Tambuwal has directed the commissioner for education to merge the boarding schools in border areas with those in the town.
Moyi added that security has been beefed up in all the schools with a directive to security agencies to ensure a 24-hour patrol of all schools had.

He allayed fears that the decision will affect pupils’ enrolment.
The Sokoto State Police Command said it has introduced Operation Puff Adder 2 to curb criminals and bandits in the state.

The command’s Public Relations Officer, Mr. Abubakar Sanusi, an Assistant Superintendent of Police, said the Commissioner for Police, Mr. Kamaldeen Okunlola, has also created five mobile units in the eastern senatorial district in the state where banditry is rampant.
He stated that Tambuwal last week provided the command with 15 additional operational vehicles to enhance its operations.

Sanusi said the police will consolidate on the governor’s gesture by redoubling their efforts in protecting lives and property.
The Zamfara State Government said it would build a police outpost in every school to check the abduction of schoolchildren.
The Commissioner for Security and Home Affairs, Mr. Abubakar Dauran, told THISDAY that the state government has perfected plans to build a police station in each of the schools in the state.

“We don’t want what happened in Jangebe to repeat itself because education is key and we can’t sacrifice it for anything,” he said.
He said President Muhammadu Buhari has also directed the Nigerian Security and Civil Defence Corps to man every school in the state.
The Zamfara State Police Command assured citizens of its readiness to protect every schoolchild in the state.
Its spokesman, Mr. Muhammad Shehu, a Deputy Superintendent of Police, said the police have put measures in place to forestall the abduction of schoolchildren in the state.

The Kano State Government said it has taken steps to safeguard schools and pupils across the state.
The Commissioner for Education, Mr. Sanusi Kiru, said the closure of 12 boarding schools is part of the government’s resolutions to forestall any breach of security.

Kiru said the affected schools were located at communities sharing boundaries with Katsina and Kaduna States.
Besides, the state government has closed some tertiary institutions that share borders with neighbouring Katsina State.
Kiru assured the people that the government will not relent in its effort to protect the pupils.

According to him, teachers have been alerted to always report to security agencies any suspicious people around their schools.
Backing the government’s efforts, the police said they have put all schools in the state under surveillance as part of the preventive measures to combat insecurity.
The state police command spokesman, Mr. Abdullahi Kiyawa, told THISDAY that the police and other security agencies have kept vigil in all the schools.

In Kaduna, the police command said it has adopted measures to protect both public and private schools.
In a telephone interview with THISDAY, spokesman of the command, Mr. Mohammad Jalige, said the Police Commissioner, Mr. Mohammed Muri, has directed the deployment of security personnel in schools to check banditry.

He said both public and private schools on the outskirts of towns have been identified, stressing that the state government, the command and other security agencies are partnering to ensure safety in schools.
Jalige said: “We have taken measures to protect schools. We first of all identified both public and private schools that are at the outskirts of towns within Kaduna City and local governments.

“Those schools that already have security men; we are going to deploy more personnel to them.
“The Commissioner of Police has directed that adequate deployment of police personnel, including mobile police and intelligence personnel, be deployed in schools in various locations, especially, schools without a fence.”

In Katsina, the state government has reiterated its commitment to the protection of schools and learning centres across the 34 local government areas of the state from violence and attacks from bandits and other criminals.

Governor Aminu Masari said in an interview that the state government in synergy with security agencies is adopting security measures for the immediate reopening of all boarding schools and protection of day schools.
He said: “We are working on the physical security of the school hostels across the state. We are fully securing the dormitories with all that you can think of. It is after the completion of securing the dormitories that we can say we have taken what is humanly possible to provide security and return the students to boarding schools.

“We are not defeated and we shouldn’t look as if we have been defeated. We cannot allow ourselves to be defeated and our children must go back to school as soon as possible. In fact, all the security arrangements will be completed in two weeks.”
Similarly, the state Police Commissioner, Mr. Sanusi Buba, said the police had deployed personnel to safeguard schools against attacks, adding that everything possible must be done to secure the lives of the pupils.

The Plateau State Police Command has also assured the people that adequate security has been put in place to prevent the abduction of schoolchildren and to give confidence to parents who may be afraid that their children may be abducted by bandits.

Speaking with THISDAY in Jos, the state Police Public Relation Officer (PPRO), Mr. Gabriel Ogaba, said: “The Commissioner of Police has ordered all Divisional Police Officers across the state to go round schools within their divisions and hold meetings with the schools management and discuss with them on security measures and also to make sure that those schools are properly secured.
“Also, we have our men properly deployed across the state and are on red alert to make sure that such ugly occurrences do not happen in Plateau state.”

The Commissioner for Information, Mr. Dan Manjang, said: “We are also doing a risk assessment of the entire state to know if we would have reasons to close any school or not.
“We told them to beef up security in the schools.”
The Nasarawa State Police Command said measures have been put in place to protect schools. The Police Public Relations Officer, Ms. Nansel Ramhan, an Assistant Superintendent of Police (ASP), told THISDAY in a telephone interview: “The Commissioner of Police, Mr. Bola Longe, has directed all the area commanders of police in the state to secure all schools in the state.”

Rahman said Longe had deployed police personnel to provide security in all the boarding schools in the state.
However, Niger State Police Command Commissioner, Alhaji Adamu Usman, said the responsibility of providing security in schools was that of the owners of the schools.

“We are encouraging the schools to provide fence, improve security and take the security of the schools serious,” Usman said.
According to him, there are over 100 boarding schools in the state and the police cannot provide security for all of them.
The Secretary to the State Government, Alhaji Ahmed Matane, said a database for all the schools would be opened as part of measures to improve security.

The data base, Matane said, would include details about each pupil and their parents.
In Gombe State, the Director-General, Public Affairs, Government House, Mr. Ismaila Misili, told THISDAY that the state government has keyed into the stand of the North East Governors’ Forum’ security initiative to improve security.

“Gombe State and other states in the region have declared their unflinching support for the establishment of community policing and sub-regional outfits to complement the efforts of the military and other federal security agencies in fighting insecurity and other criminalities in the sub-region, including preventing abductions of school children and give hope to parents and students,” he said.

In Bauchi State, the Commissioner for Education, Dr. Aliyu Tilde, told THISDAY: “The state government is revitalising vigilance by the security committees of various schools. But our emphasis is at the collective level, being a state that has not faced any serious security challenge other than few communal clashes in the past 30 years.
“We believe doing more than this will spread panic in a quiet environment.”
Benue State Security Council, after its expanded meeting presided by Governor Samuel Ortom, resolved to beef up security in all schools in the state.

Ortom said to prevent attacks on schools in the state, the council has directed the Ministry of Education to sensitise schools to be security conscious. The sensitisation is, to begin with, schools in border communities.
He also directed traditional rulers and local government chairmen to embark on an enlightenment campaign on the need for the people to be security conscious.
The governor also constituted a committee to monitor the sensitisation programme.
Security agencies were also asked to embark on surveillance of strategic places.

Only one coronavirus patient is missing- Osun govt confirms