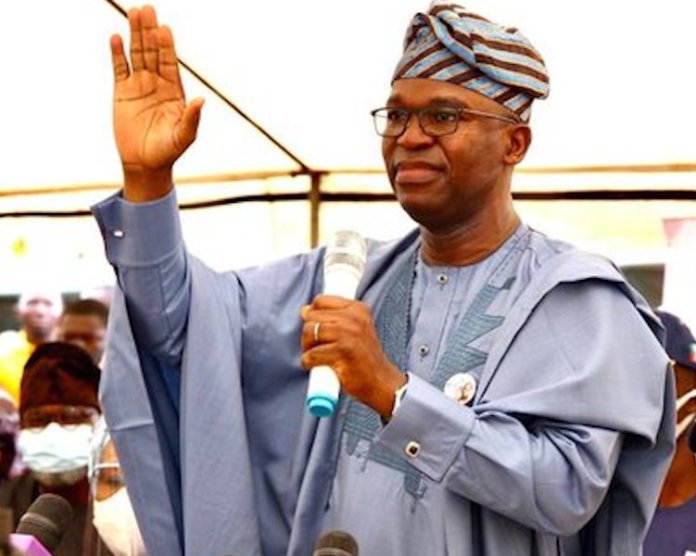 In fulfilment of his pledge to further support indigent Lagos State residents, Senator Adetokunbo Abiru has fulfilled his promise of financial support to the second batch of 1,200 vulnerable residents of the Lagos East Senatorial District.

This is coming barely four weeks after about 1,000 beneficiaries of his COVID-19 Financial support received their payments.
Abiru who represents Lagos East in the National Assembly, during the electioneering campaigns had promised to provide succour to indigent residents who were adversely impacted by the pandemic.

On Monday, 8th February, 2021, Abiru credited the bank accounts of 1,000 residents, including widows, the physically challenged, the aged, women and unemployed youths drawn from the 98 wards across 16 local government areas in the district.
The second batch is also to all the wards and council areas in the district.
According to him, the selected beneficiaries will be getting the assistance bi-monthly and all through the year by way of direct credit to their bank accounts.

“Like I assured during the pilot disbursements to about 1,000 beneficiaries on Monday 8th February, 2021, TACT(Tokunbo Abiru Constituency Team) will never abandon the vulnerable in our district.
“We shall continuously look out and champion policies and legislative agenda that will be of benefit to the greatest number of our people”, the Senator assured.

Meanwhile, members of the Lagos State Universal Basic Education Board, (LASUBEB) paid a courtesy visit to Senator Abiru at his Constituency office in Ikorodu to seek his support and interventions for public schools in the district.
Following the request for Covid 19 equipment support, a truck-load of 150,000 facemasks was moved to the agency’s headquarters in Maryland, Lagos for onward distribution to pupils and teachers in the Lagos East Senatorial District.