FG: No COVID-19 Vaccine for States without Cold Stores’ Security 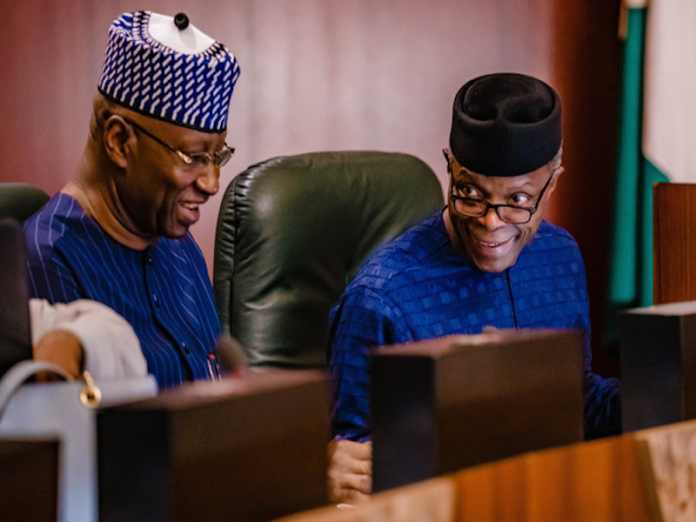 The federal government yesterday foreclosed access to the Oxford-AstraZeneca COVID-19 vaccine it received on Tuesday to states without adequate security at their cold stores.
Executive Director of the National Primary Health Care Development Agency (NPHCDA), Dr. Faisal Shuaib, said states yet to fulfill stipulated conditions for benefitting from the vaccines would not get the vaccines.

He spoke as the federal government firmed up preparations for distributing the vaccine to states ahead of the vaccination, expected to begin tomorrow with the immunisation of President Muhammadu Buhari, Vice President Yemi Osinbajo and Secretary to the Government of the Federation (SGF), Mr. Boss Mustapha, among other dignitaries, billed to be televised live to assure people of the safety of the vaccine.

The governors of the 36 states also rose from a meeting yesterday in Abuja and adopted the earlier outline by the NPHCDA for the distribution of the COVID-19 vaccine.
In addition, they agreed that all of them with their deputies will take the COVID-19 vaccines on March 9 in their respective states.

The federal government also said the country had at least two vaccine candidates but no resources for clinical trial phases.
Shuaib told reporters in Abuja that the federal government decided not to send vaccine to the states that have not fulfilled all of the criteria to ensure safety of the vaccine.

He said: “For example, we have communicated to the states that they have to wrap up their security around their cold stores because these are very valuable vaccines and we do not want a situation where vaccines are taken to the states and criminal elements take advantage to vandalise these cold stores.

“We are also aware that during the #EndSARS vandalism, there were some cold stores that actually suffered. I know that the state governors are trying to fix those, but we have to verify that those are ready to receive our vaccines.”
According to him, the federal government’s team is working with states, having conversation with the Nigerian Governors’ Forum to hasten the vaccination of Nigerians.

Shuaib, at the second edition of State House weekly media briefing, which focused on Nigeria’s Response to COVID-19 pandemic, added that Buhari and Osinbajo may receive the COVID-19 vaccine jab publicly tomorrow, if it is certified safe by today by the National Agency for Food and Drugs and Administration Control (NAFDAC).
He said Buhari and Osinbajo would receive the Oxford/AstraZeneca COVID-19 vaccine after the vaccination of some frontline health workers today.

“By the time all of these happen, we will have finished all of the necessary preparations; we will have created a dashboard that will track very carefully the status of the preparedness of the states,” he added.

On his part, Minister of Health, Dr. Osagie Ehanire, assured the people that Nigeria is not relying only on charity for the supply of vaccines but has opened an account with Afreximbank, from where Nigeria is expecting to get between 80 and 85 million doses of COVID-19 vaccines out of the 370 million doses to be acquired for Africa.

“We are not just depending on charity. Right from the time the idea of vaccine production came up, the World Health Organisation, GAVI, – the Global Alliance for Vaccines and Immunisation, have been normally supporting Nigeria, in financing routine vaccines.
“So, therefore, if we can gather resources and make substantial bulk orders, in fact, not only that, if we support certain vaccine developers to complete their trials, by paying for some of their trials, we can have priority to get the vaccines first and give to the countries that we normally support.

“There are 98 other countries that belong to this facility, which has self-financing countries, they have the money to pay, they will pay more than they need, but they have small orders and small orders may not necessarily make an impact on the producer. So they join this facility too. Take a country like Norway with relatively small population, they compete so they add donation and pay for themselves instead of asking for a small order, so you have a bulk order.

“Therefore, if we all come together, as an African country, we can make order. So, 52 countries in Africa came together. Equatorial Guinea, Seychelles and Gabon said, don’t worry, we can make our own arrangements. Out of 55, 52 came together and joined in the AVATT – Africa Vaccine Acquisition Task Team, to make a bulk order.

“And the first bulk order they made was for 270 million doses, which immediately will impress any manufacturer,” he added.
Ehanire stated that the country has at least two Nigerian-made vaccines but no resources for clinical trials.
According to him, the government is forced to look elsewhere to solicit support for the local vaccine whose trials could take a year.

“The question will arise, what about domestic Nigerian-made vaccines? Yes, there are Nigerian researchers who are also in the vaccine space.
“We have at least two vaccine candidates in Nigeria but they need a lot of resources to go through the clinical trial phases. So, we are trying to look for the resources to support them in doing that.

“And until that is done, which will take at least a year, we are not yet directly going to be in that game,” he stated.
He added that the federal government is also considering partnership with other vaccine companies to produce their vaccines in Nigeria under licence.

“We have a vaccine production company called Biovaccines Nigeria Limited, owed 49 per cent by the federal government, which is looking to partner other vaccine producers and perhaps produce under licence here if the technology transfer discussions go through.
“So we have the possibility of not only using indigenously produced but also vaccines that come here as a result of technology transfer,” Ehanire said.

He added that the federal government plans to provide 10-bed Intensive Care Unit (ICU) in every state as part of strategies to provide critical response to the pandemic.
According to him, the Federal Ministry of Health will develop as a matter of urgency the nation’s emergency medical service to respond to persons with medical distress.

Also, NAFDAC Director-General, Prof. Mojisola Adeyeye, said the agency would soon commence a ‘track and trace’ exercise.
She stated that this was to mitigate and potentially halt the infiltration of falsified and sub-standard COVID-19 vaccines already detected in the global supply chain.

Adeyeye added that indigenous software is also being employed to check the authenticity of received products.
According to her, NAFDAC is collaborating with the Ministry of Health and the Nigeria Centre for Disease Control (NCDC) to ensure safe monitoring of medicines in the market.

Fayemi, who is Ekiti State governor, said the governors agreed to adopt the protocol provided by the NPHCDA but the details would officially be released after the results of the testing by NAFDAC, which he described as a mere formality as it has passed through all laboratory test by the World Bank.

According to him, the governors will go back to their states to continue with the sensitisation of the populace by assuring them of the safety of the vaccine.

Answering a question on whether the vaccine is valid for those who had earlier taken the Moderna version, Fayemi said for now what is official is the version from Pfizer India.
Though, the NPHCDA outline for the distribution of the vaccine is not officially out, THISDAY obtained a copy from the agency office.