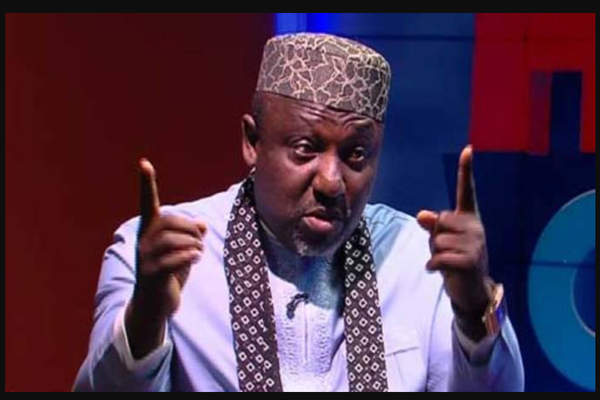 THE Senator representing Imo West, in the National Assembly, Rochas Okorocha, has described those behind moves to recall him from the Senate, as “political undertakers.”

Okorocha, in a statement issued by his Spokesperson, Sam Onwuemeodo, in Owerri, on Wednesday, referred to members of the Orlu Political Consecutive Assembly, as “adult delinquents.”

The statement read in part, “A group known as Orlu Political Consultative Assembly, has told its audience that it was going to recall the Senator, Representing Imo West Senatorial District, Owelle Rochas Okorocha from the Senate for whatever is their reason.

“We would have ignored the ‘adult delinquents,’ but for those who might not know the history or story of the elements behind OPOCA, we have decided to react accordingly.

“Those behind OPOCA are Political undertakers who glory in absurdities, simply to enlarge their coast or make their leaking pockets fat. And not just for any meaningful venture, but for leisure and pleasure.

“We have heard that they have been given N1 Billion for the recall gimmick. Our only advice is that the governor should use the money to help in paying workers, teachers, pensioners and so on, who have not been paid for several months and there is no sign all the way to the end of the tunnel.”

In response, the Senior Special Assistant (Print Media) to Governor Hope Uzodinma, Modestus Nwamkpa, said, “Okorocha should stop provoking Imo people. The governor is very busy with issues of governance and it is important Okorocha deals with his recall ordeal without mentioning our hard-working governor.”