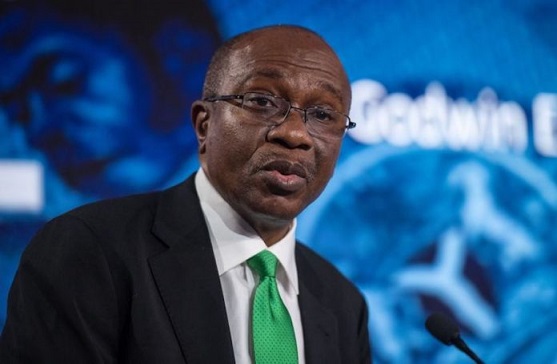 The Central Bank Governor, Godwin Emefiele, has said that weekly diaspora remittances rose from $5m to $30.

He noted that the initiatives introduced by the Central Bank of Nigeria to boost forex in the country were yielding result.

Emefiele spoke during the CBN/Bankers Committee’s initiative for economic growth which was organised with Vanguard on Friday.

Stakeholders from the financial sector were in attendance, while state governors and other dignitaries attended virtually.

The theme of the event was “How to overcome the pitfalls of recession; Bankers perspectives on an enduring national growth path.”

On remittances, he said, “The CBN has already taken several measures to increase the flow of diaspora remittances into the country using formal channels.

“In December 2020, we instructed all international money transfer operators to provide remitters with the option of sending foreign exchange to beneficiaries in Nigeria.

“This new measure has helped to reduce the diversion of forex by some IMTOs, who had thrived from forex arbitrage arrangements, rather than on improving transactions volumes to Nigeria.

“Indeed, we have already seen remittances improve from a weekly average of about $5m before this policy, to over $30m per week.

“We believe this measure will help to significantly boost inflows of forex and create much more liquidity in that space.”

He also said that with the decline in the country’s foreign exchange earnings and subsequent adjustments in the value of the naira vis-à-vis the dollar, the CBN had continued to implement a demand management framework.

This, he noted, was designed to support improved production of items that could be produced in Nigeria, and further conservation of the country’s external reserves.

These measures, he noted, had helped to prevent a significant decline in the reserves.

Emefiele also spoke of the response by the monetary and fiscal authorities to the impact of COVID-19 on key economic variables.

He said the fiscal and monetary authorities took unprecedented measures to prevent the economy from going into a tailspin.

The CBN governor said its first objective was to restore stability to the economy by providing assistance to individuals, SMEs and businesses that had been severely affected by the pandemic, as well as by the lockdown measures.

Recently, the CBN vowed to withdraw the operating licences of operators who continued to violate rules regulating diaspora remittances into the country.

It stated that it would not tolerate the clear contravention of its directive that all remittances be paid to beneficiaries in dollars.

The CBN stated this in its circular to all authorised dealers and International Money Transfer Operators titled ‘Modalities for payout of diaspora remittances’, which was signed by the Director, Trade & Exchange Department, Dr. O. S. Nnaji.