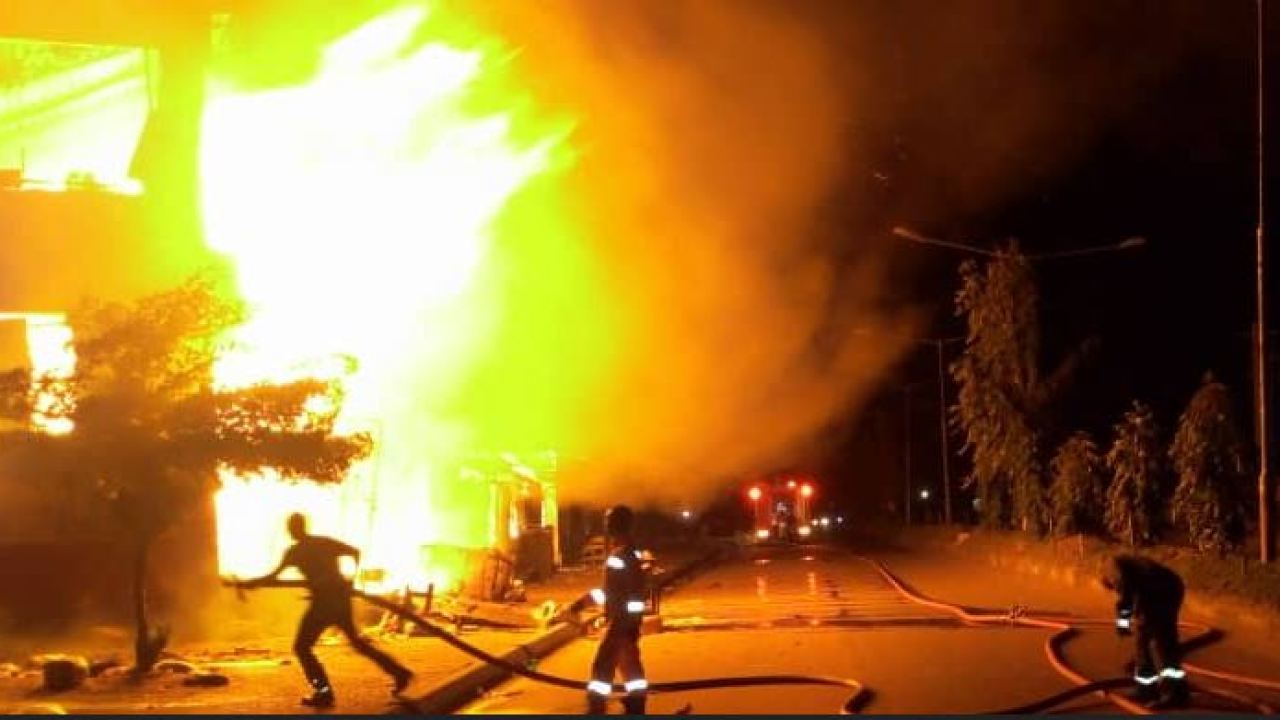 A three-month-old baby narrowly escaped death when a fire outbreak razed about 15 rooms of makeshift structures on Batcha Estate, along Timothy Lane in the Rumuola area of Port Harcourt, Rivers State.

Eyewitnesses said the fire was caused by a food vendor who left her food on the fire.

A resident who gave his name as Michael narrated how he rescued his three-month-old baby after a neighbour alerted him.

“I rushed inside my house and took my baby immediately. I am homeless now. I don’t know where to start,” he said.

Meanwhile, a charcoal fire which was not properly put out has engulfed a restaurant at Owoniboys area on Ibrahim Taiwo Road, Ilorin, Kwara State, on Thursday night.

The state fire service in a statement by its Head of Media and Publicity, Hassan Adekunle, confirmed the incident.