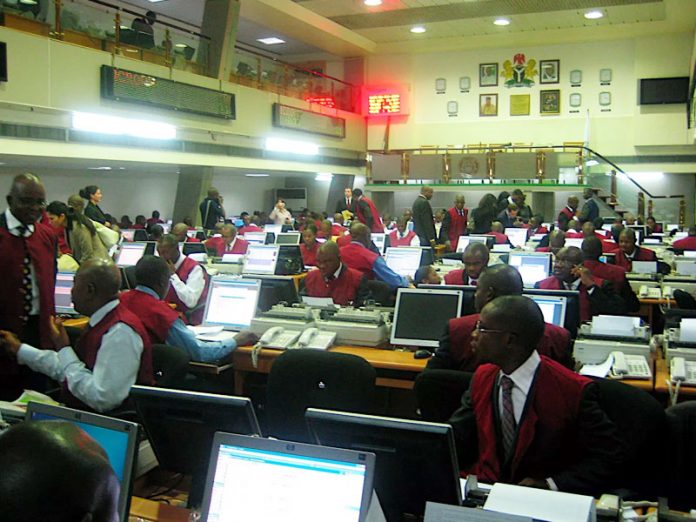 The market capitalisation of equities listed on the nation’s stock market declined by N130bn last week as negative sentiments persisted amid profit-taking.

The market capitalisation dropped by 0.61 per cent to close at N21.03tn last week from N21.16tn in the previous week.

All other indices finished lower with the exception of NSE Banking, NSE AFR Div Yield, NSE MERI Value, NSE Oil/Gas and NSE Growth Indices which rose by 0.54 per cent, 1.20 per cent, 0.27 per cent, 4.60 per cent and 5.43 per cent while the NSE ASeM and NSE Sovereign Bond Indices closed flat.

A total turnover of 1.54 billion shares worth N18.24 billion in 22,752 deals were traded last week by investors on the floor of the Exchange, in contrast to a total of 2.68 billion shares valued at N23.66bn that exchanged hands in 27,844 deals in the previous week.

The financial services industry (measured by volume) led the activity chart with 1.09 billion shares valued at N11.11bn traded in 12,544 deals, thus contributing 71.35 per cent and 60.92 per cent to the total equity turnover volume and value respectively.