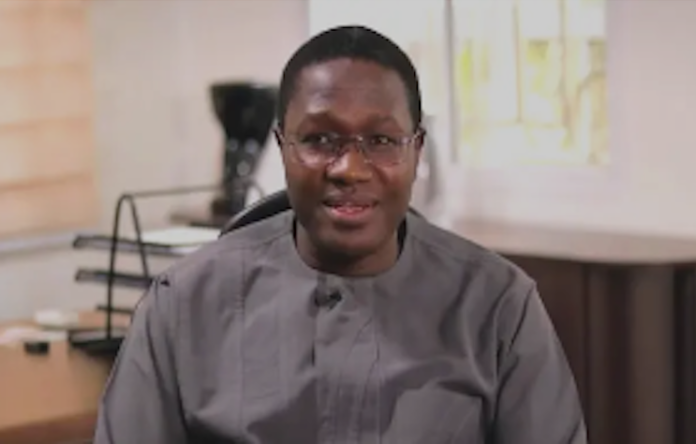 The Senior Special Assistant to the President on Agriculture, Dr. Andrew Kwasari, has said all appeared set for the implementation of the much-awaited Green Imperative project to modernise and introduce mechanised agriculture going forward.

Agricultural mechanisation which is a major priority of the federal government to boost the sector is effectively captured in the $1.2 billion green imperative agreement recently signed between Nigeria and the government of Brazil for the production and deployment of 10,000 tractors to be assembled in the country.
The agreement also has a component to the implementation of the livestock roadmap to among other things, quell the incessant farmers-herders clashes.

According to Kwasari, the loan request is currently before the National Assembly, adding that an earlier borrowing request by President Muhammadu Buhari to the lawmakers was initially stepped down to allow for the amendment of the 2020 budget.
He said: “This project has been in the making for quite some time and we have reached a point where we are completely ready for its take-off.”

Speaking to reporters in Abuja, the presidential aide said the agreement would address the twin issue around agricultural modernisation and mechanisation as well as agro-processing.

Giving further update, he said the project involves a borrowing that would inject Foreign Direct Investment (FDI) of €995 billion ($1.2 billion) that had been structured financially to allow the federal government use its bilateral negotiation to secure interest rate financing that is below three per cent per annum.

The agreement also comes with a long gestation period of about $15 years for repayment.
However, he said the financing had been structured such that the loan would be reinsured to remove the burden of payment from the federal government.

“This removes the risks of this loan from sitting on our sovereign guarantee because we have sold the risk and reinsured this loan in the international insurance market,” he said.

He said the programme will be private sector driven adding that all the service centers to be established across the across the country will be owned and operated by private entrepreneurs who will have the responsibility of servicing the loan.

He said: “That will allow entrepreneurs take up these loans, utilise it and pay back effectively.
“So Nigeria is leveraging its bilateral understanding to secure a very cheap loan for entrepreneurs who are private sector people.”
However, Director, Mechanisation, Federal Ministry of Agriculture and Rural Development, Mr. Abdullahi Abubakar, pointed out that under the green imperative, there will be primary and secondary service centers to deal with production and processing.

“For the production, we should expect equipment such as tractors, implements that can be used to serve the farmers in a particular community or local government,” he said.
Under the initiative, every senatorial district will be covered in the arrangement to produce and deploy agro industrial machinery, on a massive scale across the country.

This is expected to enable young men and women to own and operate them and engage in value addition services with the aim of producing high quality and affordable agricultural produce for both the local and external market.

The government believes that the successful implementation of the programme will offset the loans.
The Minister of Agriculture and Rural Development, Alhaji Sabo Nanono had assured that through the initiative, the country will soon witness an abundance of farm machinery such as tractors, harvesters for enhanced agricultural production complemented, with the training of mechanics, operators and extension support to promote the mechanisation agenda of the present administration.