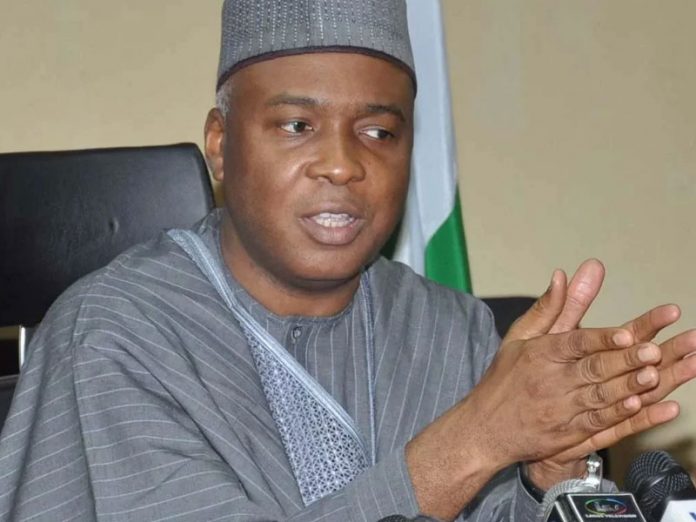 As part of efforts to reconcile members of the Peoples Democratic Party (PDP) and reshape the party ahead of the 2023 general elections, the party’s Reconciliation and Strategy Committee, led by former Senate President, Dr. Bukola Saraki, yesterday met with former President Goodluck Jonathan, in Abuja.

The meeting came amid speculations that the ruling All Progressives Congress, (APC) is scheming to poach the former president.

THISDAY had reported that the former president had last weekend dismissed insinuations that he was set to leave the PDP for the APC.

Saraki told reporters after the meeting that Jonathan assured the committee that he was ready to offer PDP his experience and resources if called upon to do so.

In an apparent reference to the ruling APC, Saraki said the former president was committed to seeing the PDP bounce back to national reckoning, stressing that he is not ready to go to another party.

He expressed happiness at the turn of events, following reports that the ruling party had been wooing Jonathan.

Saraki said: “We are members of the National Reconciliation and Strategy Committee set up by the party and part of our task is to meet with our former president, Dr. Goodluck Jonathan.

“We are starting off with our former president and we are here to let him know what our plans are and also to hear his own views and advice on what we need to do and how to do it as well as how we need to strengthen the party and reconcile aggrieved members in order to bring about unity and focus in our party.”

He further stated: “It was a very useful meeting. He gave us his views, and we are very happy. He reassured all of us of his commitment to the PDP and he told us that he is still ready to offer his time, experience and resources to strengthen the party and that is very strong and important for us. Of course, you know there are funny issues going on but we are leaving this place very happy.”

He added that Jonathan also expressed his readiness to work with the reconciliation committee.

“That is a great step for the party. We have put that behind us – all those people from the other party that would like to come and disturb our leaders. Our leaders are here and they are ready to work for the party,” he stated.

He commended the former president’s readiness to work in furtherance of the cause of the PDP.

He said: “We spoke about what role former presidents like him will play and he left us feeling very happy that yes, he will like to play that role in the PDP and helping our committee to move forward.”

Saraki added that those disturbing the former president to quit the major opposition party should perish the thought as he (Jonathan) remains a PDP man.

The committee was also scheduled yesterday to meet with PDP senators.

As part of the restrategising for 2023, the party’s Board of Trustees (BoT), led by Senator Walid Jubrin, is also expected to meet today in Abuja.

The agenda of both meetings, it was gathered, is to rebuild the party ahead of the 2023 general election.

The Saraki committee has a dual mandate of reconciling aggrieved members who have left the party and wooing new members into the party.

Lagos to Shut Third Mainland Bridge for 48 Hours from Friday