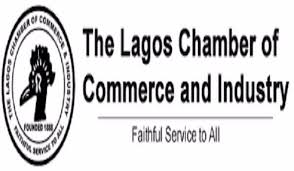 The Lagos Chamber of Commerce & Industry ( LCCI) has called for greater roles for Africa while commending the appointment of Dr Ngozi Okonjo-Iweala as the Director General of the World Trade Organization (WTO). The LCCI drew the attention of WTO to note that since its formation in 1995, Africa has been in a disadvantaged position in world trade.

He said: ” Africa has peculiar challenges in the global trade arena. The continent is deeply integrated into the global supply chain and this underscores the low participation level of African economies in international trade”.  Quoting the United Nations Conference on Trade and Development (UNCTAD),  he stated that Africa’s trade with the global community between 2015 and 2017 stood at an average of $760.1 billion, compared with Asia ($6.8 trn), America ($5.1 trn) and Europe ($4.1trn). These numbers according to him indicate that Africa is not a major player in global trade. As such, it is very pertinent for African economies to build capacity within the continent in order to take advantage of the opportunities in global trade, he added.

Yusuf lamented that Nigeria’s share in global trade is even more insignificant. According to him our export structure is still largely dependent on crude oil, which accounts for about 50 per cent of government revenue and 90 per cent of foreign exchange earnings with Nigeria’s non-oil exports  largely primary commodities with little or zero value addition. He argued that as a result of this  the prospects of tapping international trade opportunities remains dim.  He stressed that for Nigeria to fully take advantage of the opportunities offered by the World Trade Organization under the leadership of Dr. Okonjo-Iweala, it is imperative to ensure that it builds capacity for international competitiveness of our products and services,  address trade facilitation issues, especially around port processes, ports infrastructures, international trade documentation, foreign exchange policies, trade policies and industrial policies.

The LCCI chief harped on the need to promote local value addition and backward integration to strengthen competitiveness of our domestic industries.

He advised policy makers to  undertake reforms of our tariff policy in accordance with the principles of comparative advantage, which would enable the country optimise opportunities in the global trade arena and enhance the citizens’ welfare.

It is critical to develop an AfCFTA strategy that would enable the country leverage trade opportunities both continentally and globally, he added.

Further more, he canvassed the  need to improve on our strategy in managing the coronavirus pandemic ranging from ensuring compliance to safety protocols to vaccine procurement and distribution.

He maintained that while the emergence of Dr. Okonjo-Iweala as the new WTO Director-General is very gratifying and calls for celebration, there is a need to manage expectations around the outcomes for the Nigerian economy given the numerous productivity and competitiveness issues the country is grappling with.  Ultimately, these are the factors that would determine the benefits that would accrue to the economy from global trade he stated.

Also, LCCI   Mrs Toki Mabogunje congratulated   Dr. Ngozi Okonjo­Iweala as the Director General of the World Trade Organization (WTO). She said the well deserved appointment was received by the LCCI with great excitement.  She commended her pedigree, impeccable credentials, intellectual depth, and robust experience.  According to her this is a trail blazing appointment not only is she the first African but the first woman to occupy the exalted position of WTO Director General.

She said: “As Finance Minister, she demonstrated an extraordinary courage and commitment to reforms in the promotion of transparency and accountability, in the management of public finance amid overwhelming odds.  She will no doubt bring these sterling qualities to bear on this position.  The WTO is one of the oldest multilateral global institutions with a strategic objective of promoting free and fair trade globally.

These are not the best of times for many multilateral institutions given the groundswell of economic nationalism and unilateralism in recent years.  This is even more so in trade matters.  But we are confident that Dr Okonjo Iweala has the capacity to manage the enormous responsibilities of an increasingly complex global trade situation”, she stated.

She stressed the fact that her appointment came at a time Africa is taking an unprecedented step in deepening continental economic integration through the ratification of the African Continental Free Trade Agreement (AfCFTA) that  presents an opportunity of mainstreaming the African continent into global trade.  She argued that though AfCFTA is still in its nascent stage it needs a lot of support which the WTO is in a position to provide.

She stated further that as the first female Director General of the WTO she has become  an international role model and a leader worthy of emulation.  Quoting Dr Okonjo­Iweala she said “I hope it is a sign not only to women and girls in my country, but to women and girls worldwide that the world is ready, and women can do it.”

Mabogunje pledged that as Dr. Okonjo Iweala prepares to assume duty “to rejuvenate and reform the WTO to be the organisation it needs to be for the 21st century”, LCCI wish her great success during her tenure with great hopes that world trade will become a more equitable system under her leadership with benefits for Africa.