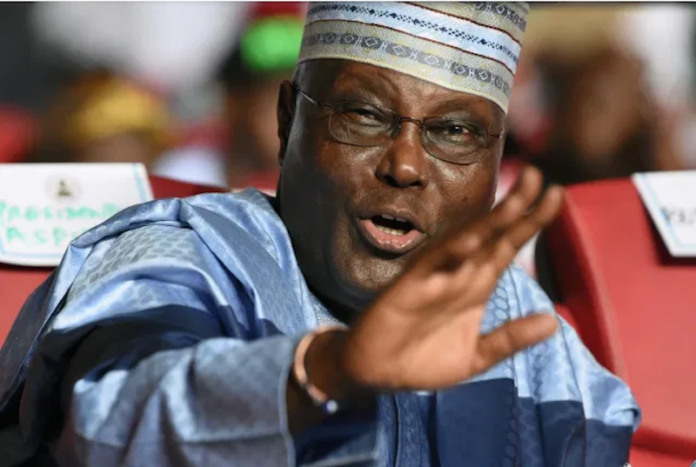 Chuks Okocha in Abuja and Chiemelie Ezeobi in Lagos

The police have launched a probe into allegations that people arrested on Saturday over the protest of the reopening of the Lekki Tollgate were molested.

They warned that errant officials found to have violated the standard operating procedure would be punished.

This comes as former Vice President Atiku Abubakar yesterday threw his weight behind the protesters at the Lekki Tollgate, stating that the 1999 Constitution as altered guarantees individuals’ rights to protest.

In videos and pictures that had gone viral, the 40 #OccupyLekki protesters were arrested and some of them were beaten and stripped half naked.

This generated an outrage with lawyers and other activists excoriating the police for the alleged maltreatment of the protesters.
However, Lagos State Commissioner of Police, Mr. Hakeem Odumosu, condemned the alleged inhuman treatment meted out on the protesters, saying it breached the standard operating procedure of the police.
Reacting to the outrage, Odumosu said he had ordered the Deputy Commissioner of Police, State CID, Panti, Mr. Adegoke Fayoade, to analyse the video and bring to book the errant personnel.

He said: “The attention of the Lagos State Police Command has been drawn to a viral video where some arrested #EndSARS protesters were being molested in a bus by some individuals after their arrest.
“Piqued by this unprofessional and inhuman act, I have ordered the Deputy Commissioner of Police, State CID, Panti, DCP Adegoke Fayoade, to analyse the video and bring to book whoever that must have been responsible for the act.”

He added that inasmuch as the command is resolute in enforcing all laws in the state, it will not deviate from the standard operating procedure of the police and the law in discharging its duties.
He stated that the police would fish out those responsible for the molestation and ensure that they are punished for their unprofessional conduct.

Odumosu urged Lagos residents to be law-abiding and maintain peace, adding that the police and other security agencies will not allow any violence and breakdown of law and order in the state.
Also yesterday, Atiku defended the rights of Nigerians to protest, stating that the 1999 Constitution and the African Charter on Human Rights guarantee it.

Atiku, on his verified tweeter handle, said such protests as the Lekki Toll Gate are guaranteed in Section 40 of the 1999 Constitution as amended.
He added that courts have affirmed the rights of Nigerians to protest while it is the duty of security agencies to protect protesters.

He said: “The 1999 Nigerian Constitution, as amended (Section 40) guarantees the right of citizens to peaceful protest. The courts have also affirmed that right. Anything contrary to that is not acceptable and stands condemned.
“It is the security agents’ responsibility to provide a secured conducive environment for citizens to protest peaceably in line with constitutional provisions and the African Charter on Human rights.”

Atiku also called for peaceful coexistence between herders and farmers.
In a statement following clashes between Hausa and Yoruba traders in the Shasha area of Akinyele Local Government Area of Oyo State, he said God created Nigerians, irrespective of tribes and religion to live together for a purpose.
The former vice president said the time for ethnic clashes had gone, adding that this is the time for Nigerians to live together.

“Wherever God has destined us to live, we must bear in mind that we are Nigerians.
“Let us remember how the parents of this country have dedicated themselves to the creation of a united nation whose people will love each other and love peace,” Atiku stated.

He urged Nigerians not to ignore the brotherhood of living together.
“Ethnic clashes between business people at the Shasha area of Akinyele Local Government Area of Oyo State have alarmed me, and of course we have to rebuke them because ethnic violence is disgusting,” he said.

Atiku called on the youths to continue to be lovers of peace and unity in Nigeria.
“Let us stop looking at each other as enemies, and instead, look at each other as brothers and sisters whom God has given us one country, a source of pride.
“The time has gone for inter-ethnic violence in Nigeria, now is the time to unite and use our talents to uplift our country in the eyes of the world,” he added.

Fuel Scarcity: We Have I.6bn Litres of PMS in Stock, Says Mele Kyari