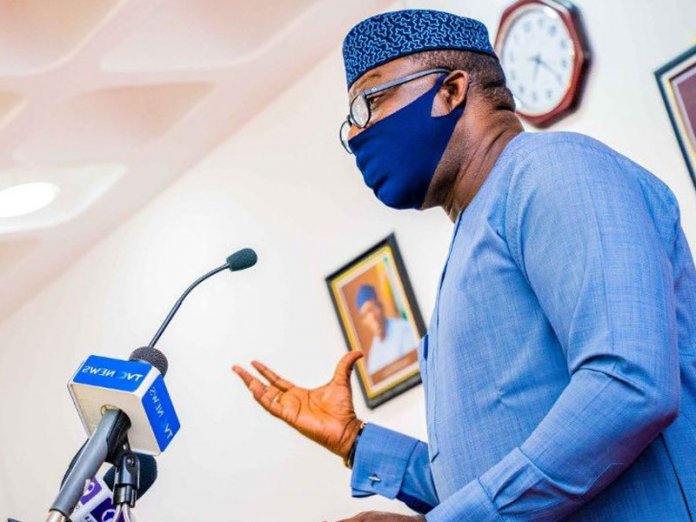 The governors of the 36 states of the federation are to partner with the National Primary Health Care Development Agency (NPHCDA) on the procurement and equitable distribution of COVID-19 vaccines.

The governors, after a virtual meeting resolved to address all issues of insecurity arising from the farmers, herdsmen crisis.
In a communiqué of the meeting signed by the Chairman of the Nigeria Governors Forum (NGF), Dr. Kayode Fayemi, who is also the Ekiti State governor, the governors urged all relevant agencies and public-spirited organisations involved in the procurement of vaccines to cooperate in ensuring that the injections arrive in the country early.

Fayemi said the NGF would shortly inaugurate an advisory group of experts to provide high-level strategic guidance and support the NGF on the procurement of COVID-19 vaccines in the short time and the subsequent local production of the injections.

The governors are also engaging directly with NPHCDA to ensure that the vaccines are administered equitably, first to workers who are on the frontlines of the pandemic.

On insecurity, the communiqué said: “Following an update from governors on the various initiatives taken by state governments to address the rising insecurity in the country due to the activities of herdsmen, members reached a consensus on the need for the country to transition into modern systems of animal husbandry that will replace open, night, and underage grazing in the country.
“State governments are encouraged to put in place systems to accelerate the grazing initiative of the National Livestock Transformation Plan and ranching in the country,” it said.

The governors said they respected the rights of abode of all Nigerians and condemned criminality and the ethnic profiling of crime in an effort to frame the banditry and the herders-farmers crisis as having ethnic undertones.

“In the light of the economic and security risks that have arisen from these circumstances, the governors resolved to urgently convene an emergency meeting,” it stated, adding: “The Chairman of the Northern States Governors’ Forum (NSGF) and Governor of Plateau State, Hon. Simon Bako Lalong, provided an update on steps taken by the governors of the 19 northern states and cautioned against the tagging of ethnic groups based on the misbehavior of a few criminally minded individuals.”
It called on governors to address the matter head-on in their various states.

The governors also deliberated on the underutilisation of fiscal facilities, including the Universal Basic Education (UBE) Fund, the Basic Health Care Provision Fund (BHCPF) and the Saving One Million Lives programme for results (SOML), which are meant to expand the size and scope of resources spent on health and education in states.