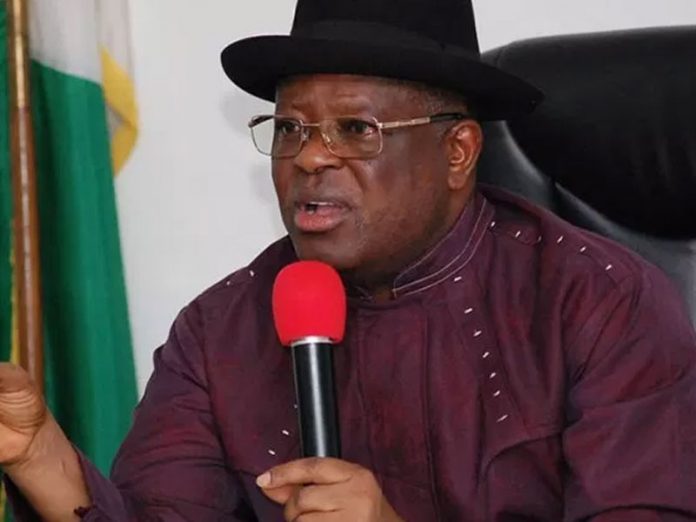 The Governor of Ebonyi State, David Umahi, has stated that the All Progressives Congress (APC) will take decision ‘as a family’ on the clamouring for Igbo presidency in 2023.

Umahi stated this yesterday after meeting with the Caretaker Chairman of APC and Governor of Yobe State, Mai Mala Buni, at the party secretariat.

On clamour for Igbo presidency in 2023, he stated: “It is a party affair. It is very wrong for any party person to make personal views on such matter. Party discipline requires that you sit down and discuss issues. You advance your reasons and another person will also advance his. And then the party as a family will take position. Not even as a new member. Even if I am an old member, I will not like to comment.”

On the ongoing registration and revalidation exercise of the party, Umahi commended the leadership of the party for the arrangements and logistics, while also describing the intention as wonderful.

He added: “It is first class because I have never seen it in any party administration. APC is just coming on board in the Southeast. I complain to him that the hundreds of forms at the polling units are a far cry from what we experience. Everybody in the South-east wants to belong to the APC.

“He has assured me how he came about the shortage of forms. And he has also assured me of the expectations of the national leadership of APC in terms of the number of Nigerians we are going to register. It is working out in the South-east region.”

Umahi noted that President Muhammadu Buhari has helped the Southeast and has done well for the people of the region, saying Ebonyi State is a shining example of the intervention by the president.