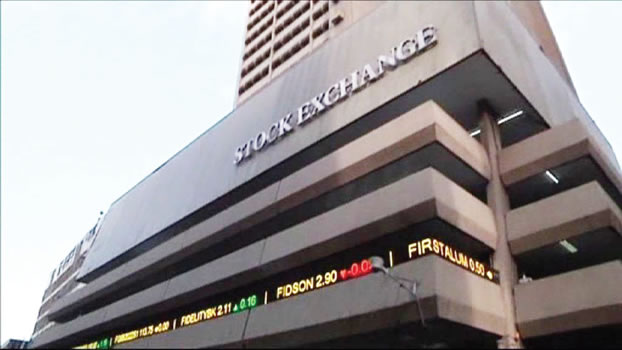 The market capitalisation of equities listed on the NSE dropped by N80bn to N21.74tn on Monday from N21.82tn on Friday.

Sixteen firms recorded price losses while 23 gained at the end of trading on the floor of the NSE on Monday.

Champion Breweries Plc, which led the losers, saw its share price fall by 9.75 per cent to N2.50.

It was followed by PZ Cussons Nigeria Plc and Jaiz Bank Plc, which depreciated by 9.73 per cent and 9.72 per cent to close at N5.10 and N0.65 per share respectively.

McNichols Plc led the gainers on Monday as its share price rose by 9.59 per cent to N0.80 while that of UPDC Real Estate Investment Trust appreciated by 9.09 per cent to N6.00.

Analysts at Cordros Capital Limited said a sell-down in Guaranty Trust Bank Plc extended last week’s bearish trading, with the month-to-date loss increasing to -2.0 per cent, while the year-to-date gain moderated to +3.2 per cent.

“Sectoral performance was broadly negative, following declines across the Banking (-2.7 per cent), insurance (-0.8 per cent), and consumer goods (-0.3 per cent) indices. The industrial goods (+0.1 per cent) index was the lone gainer, while the oil and gas index closed flat.”