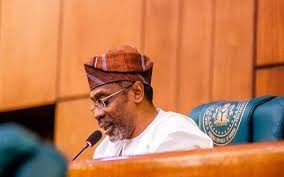 Dissatisfied with the defence of the Nigeria National Petroleum Corporation (NNPC) over the audit query on the alleged illegal withdrawal of about $20.3 billion from the Nigerian Liquefied Natural Gas (NLNG) account at the Central Bank of Nigeria, the House of Representatives has asked the management of the NNPC to furnish it with all records of withdrawals from the account.

The House Committee on Public Accounts investigating the alleged illegal withdrawal also directed the NNPC to furnish it with records of utilization of such funds as well as all necessary approvals obtained for the withdrawal of the money which is part of the $21 billion dollars accruing to the government as dividends from the NLNG.

The request is contained in a letter Ref. HR/PAC/SCO5/9NASS/QUE.9/974 dated 7th December, 2020 signed by its Chairman, Hon. Oluwole Oke and addressed to the NNPC Group Managing Director, Mele Kyari which was delivered and acknowledged on the 10th December, 2020.

The NNPC holds 49 percent shares in the NLNG on behalf of the Federal government of Nigeria, with Shell, Total and Agip holding the balance of 51 percent.

The letter reads in part: “I refer to your presentation on the above subject matter at a session with the Committee on Thursday, 3rd December, 2020 confirming the withdrawal of the sum of $20.3 billion from the account by NNPC.

“In view of the above, you are to furnish all records of the withdrawals from the account and the utilization of the fund from inception to date”.

However, in a letter Reference No: GGM/GPAD/01 dated November 9, 2020 and signed by the Group General Manager, Group Public Affairs Division, Dr. K. A. Obateru, the NNPC has dispatched copies of their response to the House Committee.

The letter said “following your request for information, we hereby submit 46 copies of NNPC’s presentation on the illegal withdrawals from the NLNG by NNPC and 46 copies of our response to issues raised in the Auditor General’s 2014 report on the Federation Account relating to NNPC.”

In another letter to the Committee with Reference No: GMD.49 dated 30th October, 2020 and signed by NNPC’s Chief Financial Officer, Umar Ajiya Isa, the Corporation gave a breakdown of monies and disbursements made from NNPC NLNG Dividend Account from inception.

The letter said “In line with Government’s directive on the implementation of the Treasury Single Account (TSA), the NLNG Dividends go into the CBN/NNPC NLNG Depository USD Account domiciled with Central Bank of Nigeria (CBN).

The NNPC letter said that out of the amount, the sum of $20,300,772,850 was disbursed leaving balance of $1,384,875,073.39, adding that all withdrawals from the account were done with necessary approvals which was however not attached to the document.

The issue of illegal withdrawal from the NLNG dividend account by the NNPC was brought to limelight by the Chairman of the Revenue Mobilisation, Allocation and Fiscal Commission (RMAFC), Chief Elias Mbam who vehemently opposed the unilateral deduction of the $20.3 billion from the NLNG Dividends Account by NNPC.

Chief Mba who expressed grave concern over the development, stated that the Commission “does not support any diversion of revenue that should accrue to the Federation Account for whatever reason, as the practice is illegal and conflict with section 162(1) of the 1999 Constitution of the Federal Republic of Nigeria (as amended).

“That the NNPC or any other agency does not have the powers under the law to withdraw money from the NLNG Dividend Account for any other purpose outside remitting it into the Federation Account.”

APC tackles Obiano for declaring curfew from US