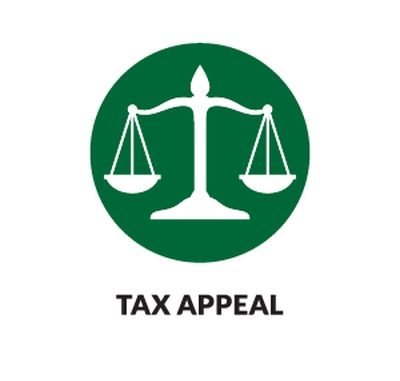 Tax payers within the Zone, comprising the states of Kaduna, Kebbi, Kano, Katsina, Jigawa, Sokoto and Kano have been availing themselves of the service of the Tribunal, sitting in Kaduna to challenge arbitrary tax assessments imposed on them by the various revenue services and boards within the Zone.

Organisations which have recently taken their cases to the tribunal include Unity Bank, Silver plastics, Leadway Pensure limited, Bank of Industry, Access Bank and Kano State University of Science and Technology Wudil.

Ibrahim Boyi of Ibrahim Boyi and Company, a law firm resident in Kano, on the 11th of November 2020 filed before the tribunal, an appeal challenging an assessment of the sum of N118,865,475.42(one hundred and eighteen million, eight hundred and sixty-five thousand, four hundred and seventy-five naira, forty-two kobo only) imposed on Silver plastics by the Kano State Internal Revenue Service.

The said demand notice was with respect to an outstanding tax liability, assessed by the revenue body to have been due within the 2015/2016 years of operation.

With respect to the said Unity Bank matter, a tax assessment imposed on the bank by the Kano State Internal Revenue Service was successfully challenged by the taxpayer.

The Chairman, Barrister Umar M Adamu has variously stated that tax is the very life source of the country and matters pertaining to resolving disputes between tax payers and revenue bodies must be done with dispatch to ensure that taxpayers do not unnecessarily labour under arbitrary demands and/oppressive tax assessments imposed on them by revenue bodies and at the same time, tax payers do not escape or evade the taxes due to the revenue bodies, as the symbiotic relationship between the tax payer and revenue body must continue to subsist for the good of the society and the demands of government.

He further revealed that no matter has remained on the cause list for more than one year, with matters being speedily conducted and brought to conclusion, most times within six months of filing.

Also, Bank of Industry challenged an assessment in the sum of N178,255,615.36(one hundred and seventy eight million, two hundred and fifty five thousand, six hundred and fifteen naira thirty six kobo) brought against it by the Kaduna State Internal Revenue Service and had same reduced to the sum of N15,000,000.00(fifteen million naira only).

In his final words, the Chairman of the tribunal urged taxpayers and the various revenue services/boards within the North West Zone to continue to avail themselves of the services of the tribunal for quick dispensation of their various tax disputes.

David-Chyddy Eleke scrutinises the electoral prospects of aspirants se…
May 11, 2021

Oyo State Governor Seyi Makinde has said he will comply with the Supre…
May 11, 2021

The Lagos State Government has resolved to ban the use of motorcycles …
May 11, 2021

GUNMEN in the early hours of Monday reportedly abducted Muslim worship…
May 11, 2021

Last week’s suspension of Managing Director of the Nigerian Ports Auth…
May 11, 2021

The Nigerian stock market closed on a positive note on Monday for the …
May 11, 2021

The Securities and Exchange Commission has said capital market operato…
May 11, 2021

Heritage Bank Plc has said for being part of private sector collaborat…
May 11, 2021

The Federal Government on Monday inaugurated a panel of enquiry on the…
May 10, 2021

A former chairman of the Ekiti State chapter of the Peoples Democratic…
May 10, 2021

For 74 Deregistered Political Parties, the Battle …