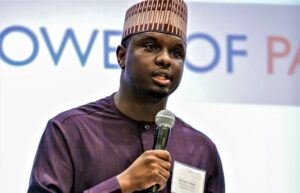 According to him, is in the bid for the agency to encourage stakeholders including state government participation in the Programme.

Speaking in press conference in Abuja, he urged other stakeholders as donor partners to support REA in its bid to deliver the Progrmamme that is targeted at delivering energy to five million households and 25 million Nigerians.

Ahmad said “I want to encourage other stakeholders and government agencies and donor partners as well to support us to deliver five  million connections to 25 million Nigerians.

“In addition, we are opening up for participation of state governments and a framework is already being worked on where state government will also have access to some of this funding.”

He noted that the firms that are involved in the manufacturing of the off-grid components are mainly Nigerian owned just to quicken local productivity.

He said it will complement the current programmes that are already being implemented in REA such as the Nigerian Electrification Project, and also the Rural Electrification Fund.

The private companies, according to him, will be supported to employ more Nigerians to be able to provide services in the areas of manufacturing, distribution, installation other project management service.

It is billed to leverage on the support of the World Bank USAID, and others for in areas of data location, Programme designing, manufacturing framework and quality assurance.