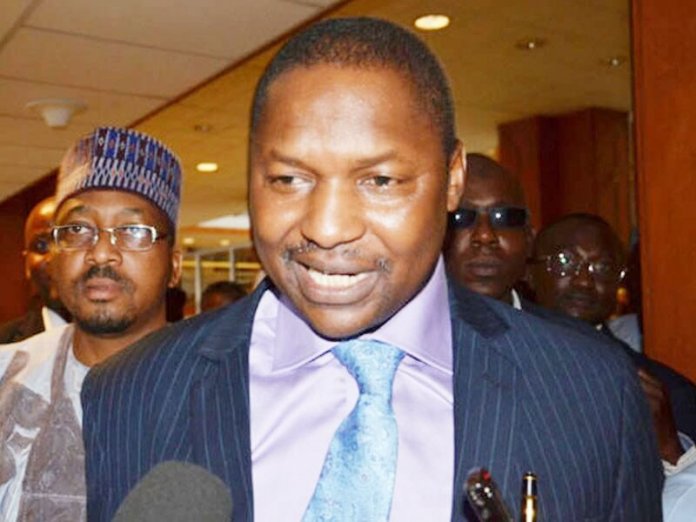 The Attorney-General of the Federation and Minister of Justice, Mr. Abubakar Malami (SAN), has denied the allegation that the federal government’s fight against corruption is partial and discriminatory.

Malami, while responding to allegations of bias by a US senator contained in a letter to him, described claims that the government was using the fight for political witch-hunt as unfounded, baseless and devoid of factual proof.

In a statement made available to journalists yesterday by his media aide, Dr. Umar Gwandu, the AGF said: “The evidence on the ground establishes that the federal government’s operations in the fight against corruption are carried out without fear or favour.

“Members of the ruling or opposition parties and otherwise are in no way spared in view of numerical data of recorded judicial convictions.”

Malami noted that effort to have a corrupt-free Nigeria is devoid of any political inclinations as recent convictions recorded were against the members of the ruling All Progressives Congress (APC) and the opposition Peoples Democratic Party (PDP).

He said unblemished record of successful performance in the fight against corruption had shown that the allegation of political inclination was baseless and unfounded.

SEC Moves against Flow of Illicit Funds into Capital Market