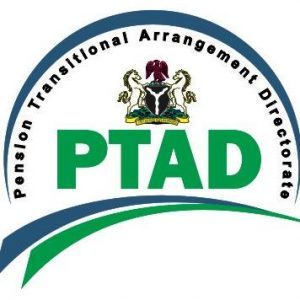 The Pension Transition Arrangement Directorate says it is targeting at least 14,000 pensioners for verification across the states within the North Central zone of the country.

PTAD Executive Secretary,  Dr Chioma Ejikeme, disclosed this  in an interview with our correspondent at the North-Central verification of government parastatals’ pensioners under the defined benefit scheme which commenced in Jos on Thursday.

She said “We have projected about 14,000 pensioners within the North Central zone for verification in this exercise. That is our target.”

According to her, the Directorate was working to clean up pensioners data base and  decentralise the verification exercise for the ease of pensioners.

She observed that credible claims by pensioners was a major concern in the federal government agency prompting PTAD to develop a new strategy that would eliminate fraudulent practices in the system.

“You know the problem with pensioners, some of the time, they pass on and we don’t get to know and we still go ahead to pay into their pension accounts.

“ We want to use this exercise to clean up our data base and after that we won’t do that again because we are working on a project called ‘I’m alive project’ which will enable the pensioners do the verification at his or her own convenience.

“What that means is that we won’t have again a situation where we assemble them in one place and rent a hall before they are verified, because they are already captured in our data base,” she said.