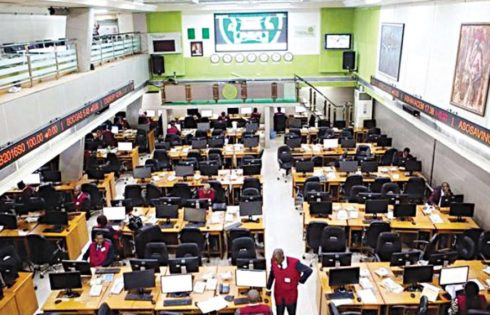 The nation’s stock market has shed a further N39bn week-on-week as the losing streak extended.

Last week, the market traded mostly negative, with three out of five sessions closing in the red.

The All Share Index ended the week 29 basis points in the red, driven by profit-taking on select stocks.

Selloffs in Airtel Africa Plc on Monday and Tuesday weighed on the bourse.

However, sentiment turned positive on Wednesday as interests in stocks in the banking sector increased

This positive performance was short-lived as sell-offs resumed on Thursday.

At the end of the week, almost all indices closed positive, with the banking and consumer goods sectors emerging as the strongest performers, while the industrial goods sector had the smallest advance amid mixed trading activity on Cement Company of Northern Nigerian Plc.

The financial services industry (measured by volume) led the activity chart with 945.947 million shares valued at N9.743bn traded in 11,046 deals; thus contributing 74.38 per cent and 51.96 per cent to the total equity turnover volume and value, respectively.

Thirty-eight equities appreciated in price during the week while 29 stocks declined, compared to the 39 gainers and 19 losers recorded in the previous week.

Analysts at Vetiva Capital Management Limited said while they highlighted that sentiment towards the equity market remained frail, they did not rule out the possibility of bargain hunting on fundamentally sound stocks trading at multi-week lows.