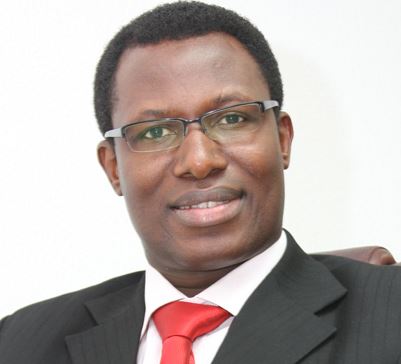 Acting under the auspices of Association of Licensed Telecoms Companies of Nigeria (ALTON), the carriers said as against 2016, it now has direct contribution of over N1.549trillion to the economy.

Its Chairman, Gbenga Adebayo, in a letter addressed to Communications Minister, Dr Ibrahim Pantami, seeking to draw his attention to the myriad of problems assailing the industry, said  the  sector has also consistently accounted for over 30per cent of Nigerian Foreign Direct Investment (FDI) since its deregulation in  2001.

Adebayo added that the  sector has created over 20,000 direct and 1.5 million indirect jobs since its deregulation in 2001.

He therefore urged the minister to use his good office to get an Executive Order to be issued designating “Telecoms Infrastructure as Critical National Security and Economic Infrastructure.

“Despite these milestones, it is of great concern to stakeholders that the ICT sector is still operating below its potential; it is faced with fundamental challenges militating against network enhancement and development as well as inadequate infrastructure to support broadband roll out,” he said.

Titled: Request for Ministerial intervention on  Ease of  Doing  Business in Telecoms Sector in Nigeria, Adebayo said the provision of superior telecoms services has been frustrated in the Federal Capital Territory (FCT), Abuja by the refusal of the Federal Capital Development Authority (FCDA) to grant permits to carriers to build infrastructure.

“Despite concerted engagement, FCDA has maintained that due to the need to maintain the Abuja Master Plan, it will not grant approval to our members to build new sites in the FCT, Abuja,” he lamented, adding that more base stations (BTS), resilient infrastructure and other elements to support stable telecom operations were needed.

Other issues raised by the telcos include the Amended Taxes & Levies Order of 2015 which failed to fix the taxable rate resulting in the imposition of arbitrary levies and charges at the state government levels.

“It is disturbing that the entire instrument has given the state governments authorisation to coerce and disrupt the operations of our members in order to compel the payment of sundry levies, charges and taxes.  Rather than Amended Order addressing the issue of multiple taxation, it on the contrary increased the tax burden of our members and adversely impacted the ease of doing businesses in Nigeria,” the letter read.

Because of of multiple taxation, telcos  have continue to record incidences of sabotage, outright vandalism and arbitrary site closure in across the country intended to coerce and exert pressure to compel the payment of multiple and discriminatory taxes and levies targeted at telecom facilities for the purpose of revenue generation.

He listed some of the taxes to include ecology tax for gaseous emission;               sewage, sanitation and public convenience levy; sanitation and refuse effluent tax; business premises tax for BTS situated in farm lands; and tenements rates charged per base station in some states is far higher than rates per square metre charged by the same state for residential and commercial buildings when the infrastructure occupies the same land. He said some states demand for the payment of fumigation charges of BTS in the bush.

“These are few examples of the nature of taxes that are alien to our operations but aimed at telecom operators,” he said.