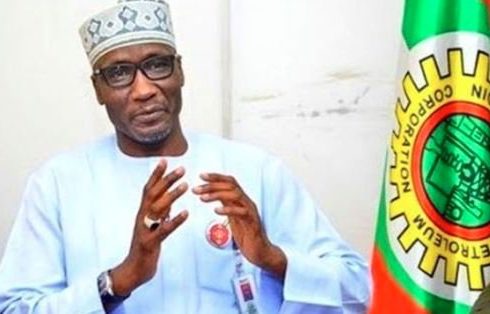 The Nigerian National Petroleum Corporation says the country’s crude oil production is poised for an increased output of 35,000 barrels per day.

This is following the resolution of the dispute among Shell Petroleum Development Company, Belema Oil and host communities on OML 25 in Kula Kingdom, Rivers State.

Ughamadu said the crisis was laid to rest after a rapprochement brokered by the corporation’s Group Managing Director, Mele Kyari, who promised to open the way for resumption of production activities on the field soon.

Speaking at the end of the peace parley, Kyari described the event as vital to ensuring restoration of normalcy, especially in the communities whose normal ways of life had been disrupted by the dispute in the last two years.

He said the economic implication of the peace agreement was that production within the OML 25 and adjoining assets which had daily production output of over 35,000 barrels would resume and add value to the community, the investors and the country at large.

Kyari acknowledged the effort of the Minister of State for Petroleum Resources, Timipre Sylva, in ensuring the lasting settlement of the dispute.

He said the minister’s position was in tandem with the aspiration of President Muhammadu Buhari in ensuring harmonious relationship between host communities and oil industry operators.

The NNPC boss recognised the collaborative efforts of the President of Belema Oil Producing Limited, Jack Tein, and the Country Chair of Shell Companies in Nigeria, Osagie Okunbor, in bringing to a closure the two-year old dispute.

Responding, Okunbor thanked Sylva and Kyari, for their efforts and demonstration of deep commitment in resolving the disputes with Belema Oil and the communities.

He said Shell was looking forward to a quick return to the oil platform ahead of planned resumption of production activities in the OML 25.