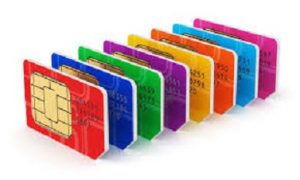 The Federal Government on Monday announced that the number of unregistered SIM cards in the country had dropped from 9.2 million to 2.4 million, just four days after it ordered the blocking of the defaulting mobile telephone lines.

Minister of Communications, Dr Isah Ibrahim, gave the update on the status of the unregistered SIM cards during the inauguration of some new members of the governing board of the NCC in Abuja on Monday.

Ibrahim had on Thursday directed NCC to compel telecoms service providers to immediately block the unregistered and partially-registered SIM cards.

The directive said the mobile telephone lines should remain blocked until their owners presented themselves for registration.

However, just four days later, the minister said a fresh report submitted to him by the management of the NCC revealed that, out of the 9.2 million unregistered SIM cards, about 6.7 million had been re-registered since September 11.

According to him, the report on the implementation of the directive was submitted by the Executive Vice-Chairman of the NCC, Prof Umaru Danbatta, on Monday.

He explained that the reduction in the number of defaulting mobile telephone lines from 9.2 million to 2.4 million represented a 73.6 per cent drop, a development which he described as ‘highly commendable.’

Ibrahim at the event issued an ultimatum that the registration of all SIM cards must be regularised by September 25, 2019.

“By 25th September 2019, we don’t want to have any more cases of incomplete registration. The remaining 2.4 million SIM cards must be fully registered,” he said.

The minister further ordered the NCC to compel the service providers to comply with the September 25th deadline.