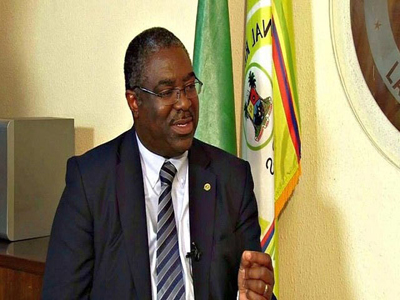 The proposed 7.2 per cent Value Added Tax (VAT) proposal by the Federal Executive Council (FEC) is expected to generate additional N479.7 billion in revenues based on the N1.1 trillion collected in 2018, analysts at Afrinvest West Africa, have said.

They explained that based on the sharing formula, the Federal Government is to receive additional N72 billion (15 per cent), states to receive N239.8 billion (50 per cent) and local governments to get N167.9 billion (35 per cent) upon implementation.

“While the states would receive a significant boost, the increase is unlikely to make a dent on Federal Govern-ment’s fiscal deficit which we estimate at N3.4 trillion in 2019. We believe the Federal Government requires a significant revenue boost, which would come elsewhere. Our analysis shows that removing petrol subsidies and adopting a market reflective exchange rate of N360/$1 for the computation of oil receipts would increase Federal Government’s revenue by N880 billion,” they said.

They added that the new VAT rate will also help government in the payment of the N30,000 per month minimum wage for workers.

The Federal Executive Council (FEC) recently approved an increase in the Value Added Tax (VAT) rate to 7.2 per cent from the initial five per cent established since January 1, 1994.

The analysts said the timeline for the implementation of the new rate is unclear, but the Minister of Finance, Budget and National Planning hinted at 2020. As there are plans for wide consultation and amendment to the existing VAT Act, implementation may take longer than expected.

They said the increase in VAT rate is  not surprising as governments have been keen but civil protests have led to reluctance despite Nigeria’s low VAT rate relative to peer economies.

“Nigeria’s VAT rate at five per cent is the lowest among African peers such as Kenya (16 per cent), South Africa (15 per cent), Egypt (14 per cent) and Ghana (12.5 per cent). Similarly, VAT receipts to Gross Domestic Product (GDP) is only 0.9 per cent of GDP compared with three per cent in Ecowas and Commonwealth countries according to PwC. We note that Nigeria’s effective VAT rate is believed to be significantly higher than the current five per cent due to the difficulty in claiming refunds, the high cost of compliance and non-allowable expenses for input VAT purposes,” the report said.

While we align with the age-long call to boost non-oil revenue, we believe the Federal Government has chosen an easy but less impactful route with the proposed increment in VAT. “The increase should be part of a comprehensive fiscal reform package that would seek to boost collection efficiency, rein in recurrent spending, remove subsidies and widen the tax net,” they added.

According to the former minister of finance, Kemi Adeosun, Lagos and Abuja account for 55 per cent and 20 per cent of VAT revenues respectively, meaning more pressure on consumers in both cities. We suspect that this is due to the large size of the informal economy which governments have been unable to integrate with the formal economy due to issues such as multiplicity of taxes. In the broader economy, we expect the adjustment to VAT to lead to higher consumer prices and in turn inflation. The attendant weakness to consumer spending would also impact growth negatively.