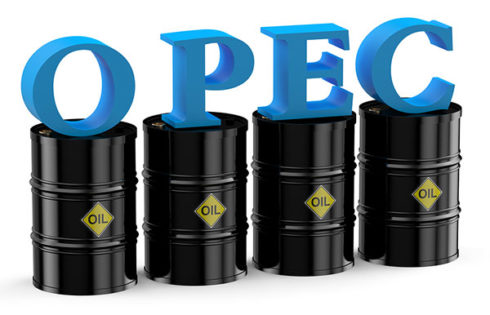 The Organisation of Petroleum Exporting Countries (OPEC) has projected a 3.1 per cent growth in global Gross Domestic Product (GDP) next year, from the expected 3.0 per cent by the end of this year.

In its September 2019 Monthly Oil Market Report (MOMR), it said after two years of relatively high growth levels, global GDP growth was forecast to stabilise at 3.0 per cent this year and to rise to 3.1 per cent next year.

According to the report, the projection constitutes sound growth with ongoing solid oil demand, given the many uncertainties that derive mainly from the political arena.

It noted that ongoing trade dispute between the United States (U.S.) and China, Brexit and a slow-down in Germany loom large in the European Union (EU), the sovereign debt crisis in Argentina is dampening Latin American growth, and ongoing structural challenges in India are leading the economy to significantly lower output.

However, OPEC said upside to the current forecast could come from an agreement on trade-related issues between the U.S. and its trading partners considering that trade was a substantial support factor for above-average global growth in the past two years.

Furthermore, a soft Brexit, toning down of geo-political tensions and stabilisation in those economies that face fiscal challenges could also lift growth to a higher level.

“An important support factor so far this year has been the relatively stable oil market, which continues to benefit from the ongoing efforts under the OPEC-non-OPEC Declaration of Cooperation (DoC).

“This has not only been beneficial to oil producing economies, including major economies of the Organisation for Economic Cooperation and Development (OECD) such as the U.S. and Canada, but also to consumer nations as it provides better visibility in the oil market.

“Within the OECD, the U.S. economy continues to slow down after last year’s support from the large fiscal stimulus measures. Consequently, growth is forecast at 2.3 per cent in 2019, followed by growth of 1.9 per cent in 2020.

“In the Euro-zone, economic challenges in Germany, political uncertainties in selective countries and Brexit are leading to lower growth, which is forecast at 1.2 per cent for 2019 and 1.1 per cent in 2020,” the report said.

Meanwhile, Japan’s growth, the report said, is forecast as holding up relatively well in 2019 at 0.9 per cent. With the government intending to increase the sales tax in fourth quarter of 2019 and the economy continuing to be constrained by very low unemployment and high utilisation rates in the industrial sector, growth is forecast at 0.3 per cent in 2020.

“Monetary policies by the G4 central banks, which include Brazil, Germany, India and Japan, have supported growth. The Fed is forecast to lower interest rates at least one more time this year. The ECB may also expand its monetary supply further.

“Importantly, central banks in several emerging and developing markets have lowered interest rates recently in order to support their economies. This ongoing monetary stimulus will still need to be further supported by the right fiscal and general policy mix to foster growth appropriately,” the report said.