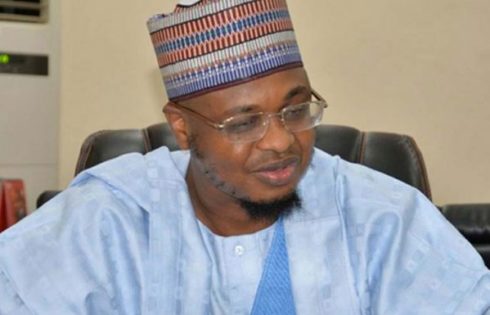 The Association of Licensed Telecoms Operators of Nigeria has said there are not up to nine million unregistered mobile telephone SIM cards in the country, as claimed by the Communications Minister, Dr Isa Pantami.

Pantami on Friday directed the Nigerian Communications Commission to immediately compel the telecom service providers to block ‘over nine million’ unregistered SIM cards in the country.

A statement signed by Pantami’s spokesperson, Uwa Suleiman, further explained that the baseline short-term performance targets report submitted to the minister by the Executive Vice-Chairman of the NCC revealed that there were about 9.2 million unregistered SIM cards in the country.

However, the umbrella body of the telecom operators, ALTON, on Friday dismissed the report, insisting that the number of unregistered SIM cards in the country was far less than 9.2 million.

The Chairman of ALTON, Gbenga Adebayo, faulted the figure announced by the minister, in an interview with our correspondent.

“I don’t know how anyone will come about nine million unregistered SIM cards; that is certainly not possible. There could be SIM cards that have incorrect data or that require revalidation. Maybe they are talking about improper registration; but if they are saying that there are nine million unregistered SIM cards in the country, that is not possible. It is just impossible and I am saying this unequivocally,” Adebayo said.

The ALTON chairman further observed that the blocking of unregistered SIM cards was a normal practice, noting that it was in line with SIM cards regulation guidelines.

Recall that the NCC, which regulates the country’s telecoms sector, had, in response to the directive, said it would look at ways to get the service providers to block the unregistered SIM cards.

The NCC Director of Public Affairs, Dr Henry Nkemadu, had stated the commission’s position on the matter when contacted by our correspondent on Thursday.

The statement issued by Pantami’s spokesperson on Thursday had explained that the minister was concerned about the security implications of the high number of unregistered SIM cards.

Part of the statement read, “The minister expressed concern over the security implications and further directed that the telecoms regulator should with immediate effect ensure that all improperly registered numbers are duly re-registered.

“The security implication of this irregularity is too grave to ignore and the Federal Ministry of Communications will not tolerate any actions or inactions that will compromise the nation’s security.”