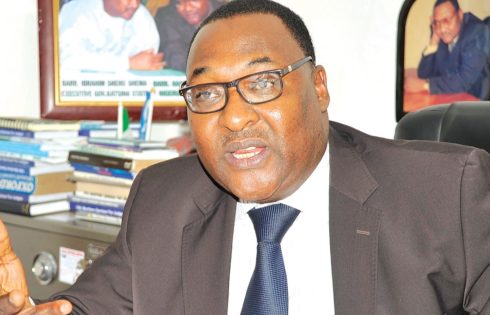 The Nigerian Shippers’ Council has called for a reform in the trucking system.

The council added that it was necessary to adopt a system where registered fleet are allowed to operate.

The Executive Secretary, NSC, Mr Hassan Bello, made the call while speaking on the sidelines of the fourth Taiwo Afolabi annual maritime conference in Lagos on Friday.

The theme of the conference was ‘Innovation and practised reforms towards sustainable growth in the maritime sector.’

He said, “I have called for reform of the freight forwarding practice. I would also love to see reform in the haulage system.

“It is not a serious thing for us to have the owner/driver thing that we have.  We need to have registered fleet which would pass all the tests, so that carriage of goods from the ports to the hinterland would be secure and fast.”

He said, “What we have now are rickety trucks, breaking down on the highways  and there is no legislation to guide the carriage of goods by land.

“The NSC has proposed a bill to regulate the carriage of goods by land which we hope will  be  passed by  the parliament.

“As an executive bill, it is approved  by the Ministry of Transportation.

He added that the practice where articulated vehicles were parked unnecessarily on the shoulder of the highway was not proper.

He said, “That is why Nigerian Shippers’ Council is promoting the establishment of a truck transit park which is a whole village with many facilities and that will also create employment.

“Investors look at what we do to invest in the country.”

Earlier in his opening address, the Vice-Chairman, Sifax Group, Dr Taiwo Afolabi, said the objective of the annual lecture was to engender a more virile maritime industry and by extension, create a more robust economy.

Noting that the theme of the conference was apt, he said, “With its huge potential, the Nigerian maritime industry cannot afford to be static or retrogressive.”

“The nation’s maritime industry has overtime seen various policies such as port concessioning reforms, truck standardisation policies, cabotage law, maritime safety laws and several others with the sole aim of eliciting growth in the sector.

“While some of these policies have catapulted the industry to its next level of growth, more policies and reforms as well as strong implementation mechanism are still desired.”

He added that the agenda also called for foreign direct investment policies, the transformation of the ports from public monopoly into landlord-model organisation with a masterplan that would include Green Field Development.