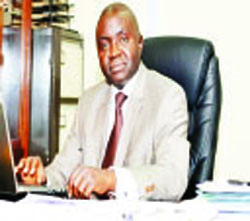 A survey by the Small and Medium Enterprise Development Agency of Nigeria (SMEDAN), in collaboration with the Nigerian Bureau of Statistics, put the number of Medium, Small and Micro Enterprises (MSMEs) in Nigeria at about 41 million. The MSMEs and manufacturers may have inadvertently been offered a window of opportunity to raise their standard of processing and selling local produce, following the restriction of foreign exchange (forex) for food importation. Operators say the policy, if effectively implemented, could boost MSMEs’ growth and create jobs, despite the criticisms that have trailed it. Assistant Editor CHIKODI OKEREOCHA reports.

A window of opportunity to firm up and unleash their potential to create jobs, reduce poverty and engender sustainable growth may have been opened for Medium, Small and Micro Enterprises (MSMEs) and manufacturers in Nigeria, almost on a platter.

The fresh impetus for the country’s estimated 41 million MSMEs to boost their profitability and competitiveness is coming on the wings of the restriction of foreign exchange (forex) allocation to food imports.

The belief is that the policy intervention has the inherent capacity to push immense possibilities into the hands of budding entrepreneurs and manufacturers. For instance, many MSMEs and manufacturers, as part of the strategic positioning to fill the gap created by the withdrawal of forex for food importation, will be encouraged to add more value by processing their produce through the value chain, rather than exporting primary produce.

President Muhammadu Buhari may have inadvertently set the stage for what promises to change the fortunes of MSMEs when he recently directed the Central Bank of Nigeria (CBN) to stop selling forex used for international transactions to persons in the business of importing food. “Don’t give a cent to anybody to import food into the country,” he told CBN Governor Godwin Emefiele.

Justifying the move, the President said Nigeria has enough food for its citizens, following his administration’s several reforms in the agriculture sector. Based on this, he said there was no need to continue to import food. Besides, the directive, he said, was to improve agricultural production and attain food security.

Although the President added that the foreign reserve would be used strictly for diversification of the economy and not for encouraging more dependence on foreign food, the forex restriction did not go down well with some members of the Organised Private Sector (OPS), including the Manufacturers Association of Nigeria (MAN), the Lagos Chamber of Commerce and Industry (LCCI) and the Nigeria Employers’ Consultative Association (NECA).

NECA kicked, insisting that the policy was ill-timed. Its Director-General, Mr. Timothy Olawale, in a statement, said although the initiative was laudable, Nigeria could not afford such a policy now, as it had yet to attain self-sufficiency in food production. He argued that a wholesale immediate withdrawal of forex for food importation without giving a buffer period for businesses to adjust might have serious consequences on the economy.

One of the consequences, Olawale said, would be unprecedented smuggling of food products. According to him, Nigeria lacks the capacity to meet its local food demand and the demand that will be created as a result of the directive will be through smuggling.

The NECA boss said given that Nigeria recently signed the African Continental Free Trade Agreement (AfCFTA), intended to open up the borders, smuggling would become the order of the day.

“With the recently-signed AfCFTA, Nigeria will further create a thriving market for other countries and will remain a dumping ground for imported goods,” he warned.

The LCCI also weighed in on the matter, with its Director-General, Mr. Muda Yusuf, asking for details on what constitutes food in the context of the presidential directive.

“First, there is a need to get more details and clarifications on what exactly constitutes food items in the context of the presidential directive.

“The harmonised system codes of the items affected need to be indicated. It is hoped that these details would be made available in subsequent releases by the CBN. This is essential for proper analysis of the possible impact on investment, welfare of citizens and the economy. We need to worry about the implications of policy pronouncements for investors’ confidence and the general sentiments of investors,” he said.

On its part, MAN said although the directive was laudable, there was a need for more clarity. Besides, Nigeria, according to MAN Director-General, Mr. Segun Ajayi-Kadir, needed to be deliberate and strategic in pursuing such a far-reaching monetary measure.

“This is so, especially in the light of our vulnerability, occasioned by trade agreements that require the country to be more open to imports, and the well-known antics of our neighbouring countries,” he said in a statement. He added that on an issue as critical as this, a unilateral decision could be counterproductive when the operators are not duly consulted.

He also said there was a need to know what type of food, finished and ready-to-eat or as input for further processing that come under the directive. “In the case of the latter (in particular), we need to know the local capacity available compared to national demand and if not adequate, creditably determine what time and resources are needed to ramp up capacity and production,” he said.

While he stressed the need for support that would sustain the “steady progress in agricultural production” and attainment of “full food security,” Ajayi-Kadir added that the CBN would need to conduct an assessment of the country’s position in practical terms and realistically weigh its options before embarking on such a far-reaching policy.

“We must also consider the state of our infrastructure and its capacity to respond and support the policy,” he added.

Despite the groundswell of opposition and dissenting voices against the forex restriction for food importation, which are, no doubt, rooted in patriotism and economic logic, the policy may, after all, be a blessing in disguise for operators in the MSME segment of the economy, if effectively implemented.

The thinking is that MSMEs and manufacturers could leverage the policy to boost their productivity and profitability and, ultimately, play their role as economic growth drivers by creating jobs, reducing poverty and engendering sustainable economic growth.

For instance, the Chairman, Lagos State Chapter of the Nigerian Association of Small and Medium Enterprises (NASME), Mr. Solomon Aderoju, did not mince words when he said the forex restriction on food import was favourable to the association and manufacturers.

Aderoju, who spoke to reporters ahead of NASME’s third edition of Business Roundtable held last month in Lagos, said the policy would assist the Federal Government to conserve forex and help to strengthen the value of the already weakened naira.

He lauded the Federal Government for the huge decision, saying its effective implementation would boost MSMEs’ growth and create more employment opportunities.

The Chairman, NASME Cooperative, Mr. Adam Adebayo, is no less excited over the prospects of MSMEs garnering some competitive edge on the strength of the forex policy. He said the association had been advocating a ban on imported food to give members the opportunity to raise their standard of processing and selling local produce.

Hear him: “We have been exporting primary produce, but now that there is a new development, we are happy because we would be able to add value by processing all our produce through our value chain. With this, the government will now bring back the Commodity Board, which will be responsible for price control so that the farmers will not record losses.”

On his part, NASME’s National Vice President, Southwest, Mr. Oladipo Jemi-Alade, said the directive was an opportunity for MSMEs and manufacturers to explore the benefits of AfCFTA.

“Now that AfCFTA is open to us, we have to be prepared for the next level.

“We want to be in a position to compete favourably with our foreign counterparts. For this reason, we are upgrading our skills, and have embarked on membership training nationwide to build skills and capacity,” he said.

A national MSMEs survey carried out in 2017 showed that there are 41 million MSMEs in the country. It was carried out by the sector’s regulatory agency, the Small and Medium Enterprise Development Agency of Nigeria (SMEDAN), in collaboration with the Nigerian Bureau of Statistics (NBS).

Already, industrialists, under the aegis of the Nigerian Association of Small Scale Industrialists (NASSI), are partnering the Centre for International Private Enterprise (CIPE), United States to improve MSMEs in Nigeria. The partnership, according to the NASSI National President, Chief Solomon Vongfa, is to encourage international best practices.

The Nation learnt that the AfCFTA has made the need to encourage international best practice among MSMEs via such partnership even more compelling. Vongfa admitted this much when he said although NASSI initially was not fully prepared for the trade liberalisation deal, but with the recent intervention by CIPE and the numerous benefit of the agreement, NASSI must be part of it.

“We are also encouraging government to support by providing machines and equipment that can improve production and quality of products to boost competitiveness. That is the key to implementing the AfCFTA agreement. We cannot be competitive under AfCFTA because of the problem of finishing of the products of some of our members. which is very poor,” Vongfa said.

He pointed out that if the packaging is not sophisticated, it will not move in the market.“Packaging is one of the outcomes from the CIPE diagnostic meeting because you have to be attractive for patronage.

“We are taking our advocacy to government; you cannot do a policy that will favour only the conglomerate or the big companies while we the major sector of the economy suffer it most,” he said, adding: “If we cannot compete due to lack of support and fund, the AfCFTA agreement will be a disadvantage to us,” he said.

However, lack of fund is only a fraction of the challenges undermining the profitability and competitiveness of MSMEs. Harsh policy environment, high operating cost due to lack of basic infrastructure, particularly power, and multiple taxation, among others, also stunt MSMEs growth.

The consensus is that without addressing these issues holistically, MSMEs may not be sufficiently galvalised to take advantage of the opportunities tossed on their path by the forex restriction, as well as the AfCFTA.