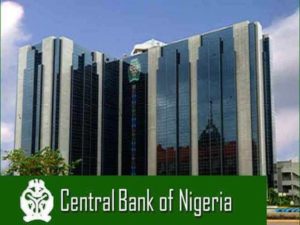 The Central Bank of Nigeria (CBN) has warned the electricity distribution companies (DisCos)- would-be beneficiaries of the N600billion power sector intervention fund that the disbursement is based on the accountability system which is driven by their performance through revenue remittance.

The apex bank, according to the Nigerian Electricity Regulatory Commission (NERC), has also pledged to support the commission in enforcing actions against any defaulting party.

NERC made this disclosure in a communique on its 6th meeting with Nigerian Electricity Supply Industry (NESI) stakeholders in Lagos on Monday.

The communique noted that “The CBN cautioned that the disbursement of the NGN600b intervention fund is premised on an accountability framework which hinges heavily on the performance of DisCos and should be reflected in improved collection efficiency and revenue remittance. The CBN also reaffirmed its support to the Commission that enforcement action be taken against defaulting Operators.”

NERC, according to the communique, also resolved  to investigate the differences emanating from the reports of the Nigerian Bulk Electricity Trading Company (NBET) and the Market Operator (MO) of the Transmission Company of Nigeria (TCN) over energy received. The communique said that “NERC shall investigate the discrepancies between energy received as reported by MO and NBET.”

Other decisions that the NERC took were among other things, to monitor critical feeders in real time in order to check the inconsistencies of energy received and dispatched to consumers by DisCos.

It added that “The GenCos highlighted the challenges in the market and it was agreed that the Commission shall convene a dedicated meeting with them to discuss their issues with respect to payment for generated capacity, gas supply obligations and applicable exchange rates.

“The Commission raised concern with the abysmal level of the implementation by DisCos of their Customer Enumeration, and Meter Roll-Out targets under the MAP Scheme and cautioned that enforcement action will be taken against non-compliant DisCos.

It noted that “only 26,000 customer meters had been installed under the MAP Scheme since its inception on May 1, 2019, emphasising that it is the responsibility of the DisCos to meter their customers and directing that DisCos take appropriate measures, including calling up the Performance Bonds entered into with MAPs if need be, to ensure that metering targets are met.

The Commission raised concern about verified incidences of load rejection by DisCos and cautioned against this practice, failing which appropriate enforcement action will be taken by the regulator.”

Multi Year Tariff Order (MYTO) and Minimum Remittance Framework for 2019 as a major defining event for the industry and highlighted the expectations and targets to be met by the DisCos.

These, according to the communique, include accelerated meter roll-out through the Mater Asset Provider Scheme, improved collection efficiency, improved customer care standards, achievement of ATC&C Loss Reduction targets and  compliance with Performance Agreements.

The Chairman highlighted areas of present focus which include the procurement of Spinning Reserves, implementation of Merit Order Dispatch and resolution of Interface Issues & Challenges.

He also reported on the recent workshop of the Commission on Voltage Stability Control and Compensation Analysis and the Public Consultations on the Capping of Estimated Billing, Distribution Franchising and Competition Transition Charge.

It was also resolved that the Commission together with all stakeholders in NESI shall hold a meeting with the Financial Reporting Council on September 20, 2019 to discuss the implementation of IFRS 9 & 15 after which a new date for the submission of the 2018 Audited Financial Reports will be communicated to all licensees.

It was also resolved that a Workshop on ATC&C and Energizing Power Quality shall be hosted by NERC as a follow up to the Voltage Stability Workshop in order to close observed gaps in the cost-benefit analysis carried out during the Workshop on Voltage Control.

The communiques added that “Customer Satisfaction Surveys shall be carried out by the Commission as a third party verification thus strengthening data integrity in the NESI.

“NERC shall set up a Committee to work out the deficiencies identified on data collection from DisCos and a review carried out by the Performance Managers of DisCos.

Why we de-registered 46,000 companies in Nigeria – CAC