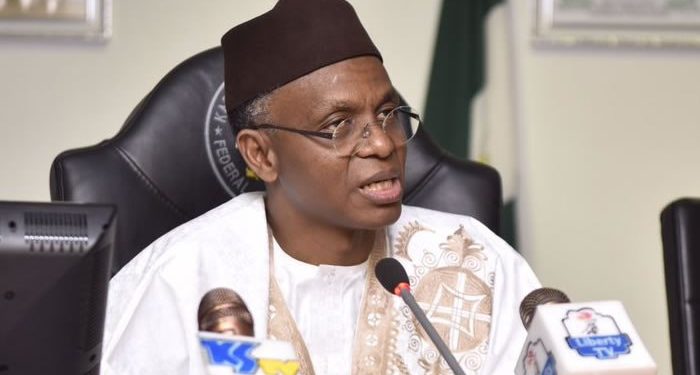 Kaduna State Governor Nasir Ahmad El-Rufai on Monday hailed the affirmation of his re-election by the Governorship Election Petition Tribunal.

A statement by the Special Adviser, Media & Communication, Muyiwa Adekeye, quoted the governor as thanking the tribunal for its verdict and expressing his gratitude to the people whose electoral choice has been reaffirmed.

The tribunal on Monday upheld the election of El-Rufai as the duly elected governor.

The Chairman of the three-man panel, Justice Ibrahim Bako, said the petitioner, the candidate of the Peoples Democratic Party (PDP), Isah Ashiru, was unable to prove his allegations of massive rigging and other electoral irregularities against Governor El-Rufai, the candidate of the All Progressives Congress (APC).

In the petition filed before the tribunal, the PDP candidate had alleged that irregularities marred the conduct of the March 9, 2018 governorship election and asked the tribunal to declare him winner.

The PDP and its governorship candidate, Ashiru, had petitioned the tribunal asking it to nullify El-Rufai’s election.

The petitioners, in their final written address, asked the tribunal to cancel 515, 951 votes, which they contended, were unlawfully added to the total votes cast during the poll.

The petitioners called 135 witnesses out of the 685 they assembled to prove alleged massive rigging, ballot stuffing and other irregularities during the poll as contained in their petition.

The petitioners accused the INEC of adding 391,741 votes to El-Rufai’s and 124, 210 unlawful votes to the PDP through wrong or double entry on the result sheets.

They said that declaring El-Rufai as the winner by INEC was illegal, as he did not poll the majority of lawful votes.

The PDP Chairman in Kaduna State, Hassan Hyet, has said his party will appeal the tribunal’s judgment.

The Nigerian stock market, which began the month on a positive note, r…