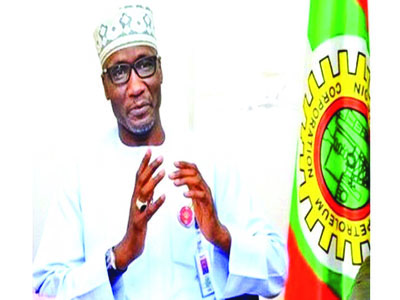 The court hearing was held on February 1, this year in the protracted litigation arising from the disputes between NNPC and ESSO regarding the implementation of the Production Sharing Contract dated May 21, 1993 covering OPL 209/OML 133. ESSO referred its claims to arbitration in Nigeria and obtained an Arbitral Award of $1.799 billion on October 24, 2011, with yearly interest running at LIBOR plus four per cent.

NNPC promptly challenged the Award at the Federal High Court, Abuja, which in May 2012, ordered the set aside of the Arbitral Award.  Notwithstanding the decision of the Nigerian Court, ESSO applied to the United States District Court, Southern District of New York for the recognition and enforcement of the Arbitral Award.

NNPC challenged ESSO’s application on ground that there was no award, which the U.S court could enforce as a competent court in Nigeria had since set aside the award.

NNPC also contended that there was no legal basis for the U.S court to exercise jurisdiction over it as it had no presence in the United States, owned no property and does not conduct its businesses therein.

ESSO contended that NNPC is the alter ego of the Federal Government of Nigeria, owned assets in the U.S including bank accounts and also conducts businesses in the U.S.

Esso obtained the leave of Court to conduct Jurisdictional Discovery to ascertain if the U.S court can assert personal jurisdiction over NNPC.

At the close of the Discovery Procedure, the Court ordered NNPC and ESSO to appear for oral hearing, which was held before Honourable Judge W. H. Pauley on February 1, 2019, for parties to canvass their respective positions.

On September 4, this year, the US Court delivered its Judgment by which it upheld the Corporation’s Application to Dismiss ESSO’s Enforcement Application on ground that a competent Nigerian Court had set aside the underlying Award and directed the Clerk of the Court to terminate and discontinue all motions and processes filed by ESSO in this matter.

By this development, NNPC has successfully secured the dismissal of ESSO’s application to secure recognition and enforcement of its Arbitral Award valued in excess of $2,699,405,616 plus interest.

The effect is that ESSO, who had sought the Order of the US Court to enforce the said Award, has lost the right. While ESSO is at liberty to appeal this decision, NNPC is optimistic that its case on appeal is very strong.

This is a significant decision in the history of this case as the US Court has not only discharged NNPC from any indebtedness to ESSO but also set the stage for NNPC’s pursuit of the challenge of three other outstanding Enforcement Applications filed in the US Court by other PSC Contractors.

Also, this decision of the US Court would lend weight to the effort of NNPC and the PSC Contractors to explore amicable resolution of the underlying PSC disputes.

Aircraft seating market to hit $25b