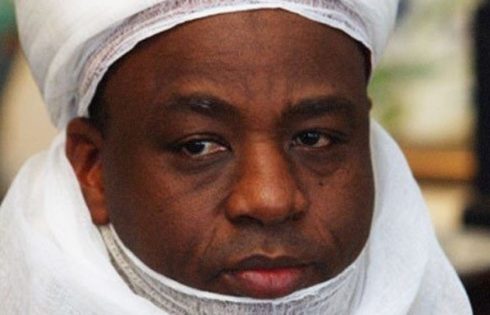 The Sultan of Sokoto, Alhaji Sa’ad Abubakar III, has condemned some pastors and imams who he said incite other faiths to violence and politicise religion.

He spoke yesterday at an inter-faith session he held with Christians and Muslims in Akure, the Ondo State capital, as a prelude to the public lecture marking the Ulefunta festival where he is billed to deliver a speech today with the title: “Our diversity, a divine gift and blessing untapped: Wrong path trodden and way to peace.”

The Sultan came hard on Pastors and Imams who climb the pulpits and rostrums to incite the faithful.

He urged them to exercise restraint and caution in the way they go about their preaching.

“Don’t politicise religion. God does not belong to any political party. The Bible doesn’t belong to any political party, so does the Quran. If you are a good pastor, imam, teach people how to salvage their lives. This life is a temporary one, the permanent life is eternal. There is a lot of materialism out there. They move in convoys with guns, big vehicles saying they are the founders of this Church, this Islamic movement, all in a bid to acquire worldly things for themselves and their followers are there shouting Alleluia, shouting Allahuakbar. They are getting richer and richer and the common man is getting poorer and poorer,” he said.

The Sultan admonished all the faiths to see one another as neighbours.

The Deji of Akure, Oba Aladetoyinbo Ogunlade Aladelusi, hailed the Sultan for his interventionist roles of “making peace all over the world,” saying he was on the verge of travelling to the United Kingdom for another peace meeting.

He asked the inter-faith congregation to pray for the success of the Sultan’s engagements and for peace in Nigeria.

US Says Will Review Nigeria Visa Ban If…