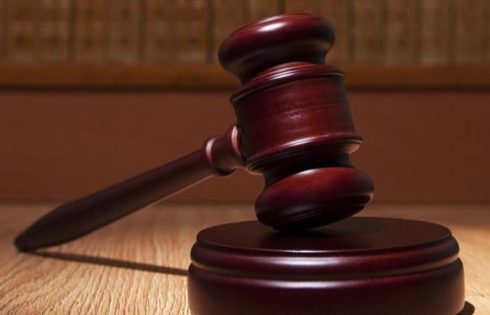 The Supreme Court has adjourned for judgment in the appeals by Lagos State Governor Babajide Sanwo-Olu and the Independent National Electoral Commission (INEC).

The appeals, three in all, are against the August 6, judgment of the Court of Appeal, Lagos, ordering the Lagos State Governorship Election Petition Tribunal to reopen hearing in two petitions, challenging the election of Sanwo-Olu of the All Progressives Congress (APC).

Two of the appeals were filed by Sanwo-Olu. INEC filed one.

Justice Mary Odili, who led the court’s five-man bench, announced after lawyers to parties adopted their briefs yesterday that “judgment is reserved” in the case.

By the court’s pronouncement, its Registry is expected to write parties on a later date, communicating to them the date scheduled for judgment.

On Thursday, the Supreme Court noted that the appeals were against the same judgment and that issues raised were similar.

It directed parties to agree among themselves on which one of the appeals should be taken, for the other two to abide by the decision reached.

The court stood down proceedings for a while to enable lawyers to the parties to agree among themselves on which of the appeals should be taken.

When proceedings resumed about 30 minutes later, lawyers to the parties informed the court that they have agreed that the second appeal by Sanwo-Olu, marked: SC/1011/2019, be heard.

The court proceeded to take appearance from lawyers in the three appeals, but allowed them to adopt their briefs in respect of the second appeal by Sanwo-Olu.

The governor’s lawyer, Victor Opara, adopted both his appellant’s and reply  briefs and prayed the court to uphold the ruling by the election tribunal and set aside the judgment by the Court of Appeal, Lagos.

Respondents’ lawyers, Bola Aidi and Adamson Adeboro adopted their briefs and prayed the court to dismiss the appeal and uphold the judgment of the Court of Appeal.

Sanwo-Olu and INEC are appealing the August 6, 2019 judgment of the Court of Appeal, which directed the election tribunal in Lagos to resume hearing of the petitions by the governorship candidates of the Alliance for Democracy (AD), Owolabi Salis, and that of the Labour Party, Ifagbemi Awamaridi.

The Court of Appeal, in its August 6 judgment, upheld the appeals by Salis and Awamaridi and ordered the Lagos State Governorship Election Petition Tribunal to continue hearing of the petitioners’ petitions.

“From the record, it is clear that the tribunal was wrong to have declared the petition as an abandoned petition.

“The case is to be remitted to the lower court for expeditious hearing of the matter,” the court said in respect of Salis’ appeal, a position it repeated in its later judgment in the appeal by Awamaridi.

The election tribunal sitting in Ikeja, Lagos had, on June 17, had dismissed a petitions by the AD and LP, challenging the victory of Sanwo-Olu at the March 9, 2019 election.