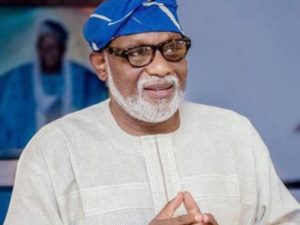 The Ondo State House of Assembly has approved the request of the state government to access a N50bn bond to facilitate infrastructural development of the state.

The House gave the approval following an earlier request made by the Ondo State Governor, Mr Rotimi Akeredolu, to the Assembly.

Speaking at the plenary session on Thursday on the request of the state government, the Chairman House Committee on Finance and Appropriation,  Mr Sunday Olajide, said it had become imperative for the House to lend its support for the government to successfully implement many of the infrastructural  projects.

Other lawmakers who spoke on the request noted that the bond, when accessed, would accelerate the development of the state.

The House unanimously gave the nod for the state government to access the bond. It was gathered that the bond would come in two tranches. The first tranche of N30bn would first be accessed while the second and last tranche of N20bn would be accessed later.

The Assembly has also passed a bill seeking an amendment to the retirement age for workers in state-owned tertiary institutions.