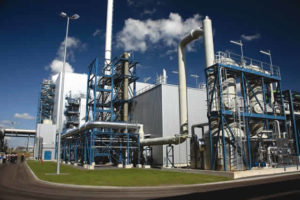 Nineteen of the nation’s 27 power plants have seen their output reduced by about 3,118 megawatts as a result of transmission line constraints and low demand by electricity distribution companies.

The power stations were forced to either shut down some of their units or reduce their generation, worsening the blackout being experienced by millions of customers across the country.

Latest data obtained from the Nigeria Electricity System Operator on Wednesday showed that 3,117.9MW power generation capacity was idle on Tuesday, compared to 3,237.8MW on Monday.

The power plants could not generate 2,849.5MW due to low load demand by the Discos and 155.9MW as a result of line constraints.

Total power generation in the country stood at 3,073.2MW as of 6am on Tuesday, compared to 2,664.4MW on Monday, according to the data.

Six power plants, including three built under the National Integrated Power Project, did not generate any megawatt of electricity as of 6am on Thursday.

The nation generates the bulk of its electricity from gas-fired power plants, while output from hydropower plants makes up about 30 per cent of the total.

The system operator put the nation’s installed generation capacity at 12,910.40MW; available capacity at 7,652.60MW; transmission wheeling capacity at 8,100MW; and the peak generation ever attained at 5,375MW.

Vice-President YemiOsinbajo on August 15 lamented the inability of the Discos to distribute available grid power to consumers, describing the distribution capacity in the 11 Discos as significantly low.

“Despite the availability of about 8,000MW of generation and about 7,000MW of transmission capacity, lack of Disco infrastructure to absorb and deliver grid power to end users has largely restricted generation to an average of about 4,000MW,” he said.