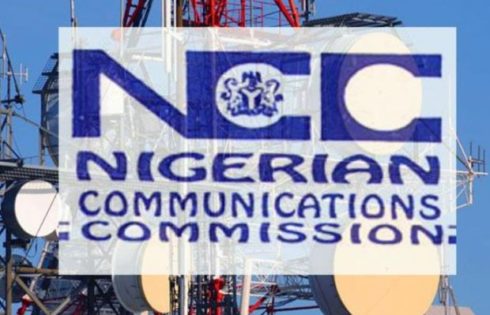 Telecom operators grew their revenue by 15 per cent in one year to reach N2.25tn in December 2018 from N1.96tn in 2017, a report by the Nigerian Communications Commission has shown.

According to the industry regulator, investment of the operators in infrastructure declined by 62 per cent to stand at N32.1bn by the end of 2018.

The 2018 network/subscriber data obtained from the NCC on Tuesday indicated that the GSM operators made up of MTN, Globacom, Airtel and 9mobile grew their revenue by 13.6 per cent from N1.57tn in 2017 to N1.78tn in 2018.

For fixed network operators, the revenue increased by 1.5 per cent from N4.05bn to N4.11bn in the period under review.

Other operators made up of value added services, collocation companies, interconnect firms among others recorded 18.2 per cent revenue growth from N349.2bn to N412.77bn in one year.

The commission said that the figure was based on the number of responses it received from the network operators in the country.

“The reason may be attributed to the lack of response from operators like (INT Towers Limited) for 2018 figures as well as low level of responses from other operators in the same market segment,” the industry regulator said.

However, the NCC said there was substantial telecom infrastructure growth as operators reported a total of 52,160 Base Transceiver Stations and co-location towers, 334,314km of microwave, 151 gateways and 84,580.7km of fibre optics.

According to the NCC, the number of telecom towers in the country affects quality of service experienced by subscribers.

Among the fixed telephony operators, the report said Ipnx was the only operator with base stations, having a total number of 51 base stations as of December 2018, recording a slight increase of four per cent as the number stood at 49 base stations in 2017.

For value added services, collocation and infrastructure service providers and interconnect operators among others, a total of 22,245 base stations were reported as against 15,117 in 2017.

The PUNCH had exclusively reported that telecom operators failed to meet Key performance Indicators in over 26 states and the five states reported by the NCC as having the least number of base stations were affected.