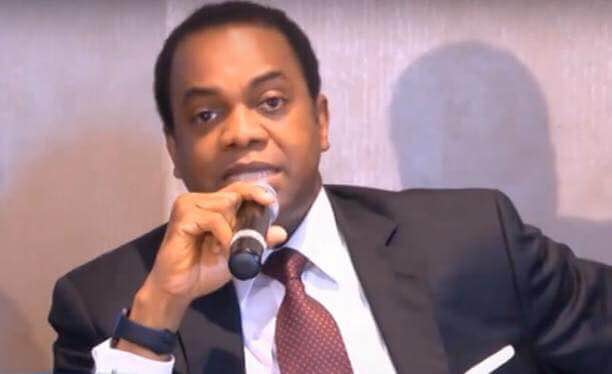 A former Cross River State Governor Donald Duke on Monday told a Federal High Court in Lagos that he would pay his N537, 334,360.77 debts to Asset Management Corporation of Nigeria (AMCON) in less than 12 hours.

Duke, through his counsel, Mr Edoigiawerie Omoruyi, told Justice Nicholas Oweibo that he had approached AMCON with a promise to liquidate the debt before the end of yesterday, September 2.

He prayed for an adjournment to enable him settle the case out of court.

AMCON, on August 8 through its counsel Juliet Reeds obtained the court’s order to take interim possession of Duke’s Ikoyi home.

The court also authorised AMCON and United Bank for Africa (UBA) to, in the interim, take possession of funds in the accounts of Duke and others in any bank.

The applicants listed Stonehedge Investment Ltd, Duke and his wife, Owanari Bob-Manuel Duke, as first to third defendants in the suit.

When proceedings resumed yesterday at about 2pm, Omoruyi said Duke was willing to liquidate the debt before yesterday’s midnight deadline for repayment of the loan.

AMCON’s counsel Mr Austin Erhabor of Benson Reeds Legal Practitioners, confirmed that Duke approached the corporation with a pledge to pay the debt before the expiration of midnight.

Erhabor added: “In the spirit of trust and fairness, we will concede to an adjournment to enable us finalise the possible settlement.”

Justice Oweibo upheld Duke’s prayer and adjourned till September 11, for a report of settlement.

AMCON and UBA, on August 8` prayed the court for “an order of interim attachment, possession and custody of the property being No. 3, Temple Road, Ikoyi, Lagos.”

They averred that the property was mortgaged by Duke “as collateral in securing the 1st respondent’s indebtedness to the applicants.”

They urged the court to grant them possession of the property “pending the institution and disposal of proceedings for recovery of debt against the respondent, pursuant to Section 49 of the AMCON Act 2010 (as amended).”

They also prayed the court for an interim Mareva injunction to take possession of funds in the accounts of Duke and others in any bank “pending the institutional and disposal of proceedings for the recovery of a debt of N537,334,360.77 made up of the principal debt and interest against the respondents pursuant to Section 50 of AMCON Act 2010.”

The judge granted the prayers, in addition to an order restraining the respondents from “transacting, transferring, changing or howsoever dealing in any manner or interfering with the applicants’ possession” of the Ikoyi property.