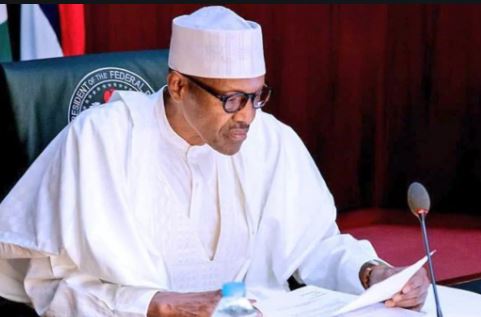 The Vice President gave the approval on April 18, 2017, following the recommendations of the Attorney-General of the Federation (AGF) and Minister of Justice, Mallam Abubakar Malami (SAN), which included a negotiation with P&ID.

Also, President Muhammadu Buhari directed the Federal Government’s team to meet with P&ID counsel  on July 12 and 13 in New York.

Based on Osinbajo’s approval, the AGF and the then Minister of State for Petroleum Resources  Ibe Kachikwu, and a delegation along with counsel Chief Bolaji Ayorinde, SAN, on May 16, 2017, met with representatives of P & ID and its counsel to negotiate the judgment debt.

The government team initially on May 16, 2017 succeeded in negotiating the judgment debt from $8.4billion, to which it had risen, to $600million.

But P & ID rejected the offer on the grounds that what was agreed on to be executed was a Draft Stay of Enforcement Agreement and not a Settlement Agreement as proposed by the Federal Government.

The Federal Government could however offer $250million which P&ID rejected.

The document said although a former Attorney-General of the Federation, Mr. Mohammed Bello Adoke (SAN), recommended an amicable settlement with P&ID, the “ proposed settlement broke down.”

The government said the “settlement could not be reached before the time for report of settlement elapsed, therefore proceedings resumed at the Tribunal for determination.”

The fact-sheet gave insights into how the nation ran into a deeper crisis on the gas agreement with P&ID.

The document reads in part: “The above -mentioned arbitration was commenced against the   Ministry of Petroleum by Messrs Process & Industrial development (P&ID), a limited liability company, with which the Ministry of Petroleum signed a Definite Agreement dated 11th January 2010 for Accelerated Gas Development in OML 123 and 67 for a period of 20 years.

“In the year 2009, the Federal Government of Nigeria signed a Definite Agreement for Accelerated Development Policy with eight (8) companies, one of which was Process & Industrial Development Company (P&ID).

“Following the inability of the parties to implement the Agreement as envisaged, P&ID commenced the above arbitration initially claiming the sum of US$1.9 Billion against the ministry of Petroleum, and thereafter increased its claim to US$5.9Billion and has now recently submitted a final claim of US$8.1Billion.

“The former Honourable Attorney General of the Federation (Adoke SAN) engaged the services of Olasupo Shasore, SAN, of Twenty Marina Solicitors LLP to represent the Federal Government in the matter.

“Shasore raised a preliminary Objection challenging the competence of the action which was overruled by the arbitration Tribunal in its ruling of 3rd July 2014. The Ministry of Petroleum Resources also engaged the services of United Kingdom (UK)-based law Firm Stephenson Harwood to apply for extension of time within which to the Federal Government can challenge the arbitration award dated July 2014 in the UK.

“On the advice of the former Honourable Attorney General of the Federation, the Federal Government opted for an amicable settlement with P&ID. The proposed settlement broke down because the settlement could not be reached before the time for report of settlement elapsed, therefore proceedings resumed at the Tribunal for determination.”

“In 2014, the Tribunal rendered a partial award wherein it ruled on the preliminary issues and held that it has jurisdiction in the matter that the seat of arbitration is London which is in line with the contract between the parties.

“The Nigerian Counsel (Mr Olasupo Shashore) in reaction, engaged the UK Law Firm of Stephenson Harwood LLP to set aside the award on liability in the UK but the court dismissed the application for setting aside on the grounds that the application was filed Four (4) months after the expiry of the deadline of such challenges and the grounds for appeal had no merits.

“Shasore applied two weeks later to the Federal High Court in Nigeria, which issued a 3-page order in 2016 setting aside and/or remitting for further consideration or part of the liability award.

“By this time, the tribunal had already issued a procedural order affirming London as the seat of arbitration and further stated that the failure of Federal Government to satisfy its contractual obligation constituted a repudiation of the 2010 agreement and adjourned its proceedings for hearing on Quantum of damage.”

It added: “After the hearing on liability, wherein the Tribunal gave a part final award holding the Ministry of Petroleum Resources (MPR) liable in breach of the contract, MPR forwarded the case file to the HAGF/MJ to take over the matter for effective handling.

“Upon taking over the case, Chief Bolaji Ayorinde, SAN was engaged by the Honourable Attorney General of the Federation (HAGF) in 2016 to handle the hearing on Quantum of damages after the Tribunal had found the FGN liable for damages. Upstream Commercial Advisory Limited was also engaged as Federal Government Forensic Expert.

“This award represented the present value of the 20years income P & ID would have received for the sale of the Natural Gas Liquid (NGL), minus capital and operating expenditures the company would have incurred in the course of building and running the facility.

“The only dissenting opinion on the award was from Chief Bayo Ojo (one of the arbitrators) who opined that P & ID ought to have mitigated its loss and cannot sit and fold its arms for 20 years expecting a windfall from the government. Therefore, P & ID was only entitled to damages for three years of operation and should therefore receive only USD250Million. As at date, the total sum being owed to P & ID plus interest is above USD8.4Billion.

“Based on the VP’s approval, the HAGF and Honourable Minister of State for Petroleum Resources (HMSPR) and their delegation along with FGN counsel – Chief Bolaji Ayorinde SAN, on 16th May, 2017, met with representatives of P & ID and its counsel to negotiate the award.

“The negotiation meeting was very successful given that the FGN team was able to negotiate the award from USD8.4Billion to USD600Million on the following terms:

The document explained how President Muhammadu Buhari also intervened by approving a meeting with P&ID counsel in New York.

The government could only offer $250million to P&ID which was rejected by the company.

It said: “Nigeria is favourably disposed to a settlement of the dispute at a reasonable sum and has secured the approval of the government thereon.

“The Nigerian government would not consider a stand-still agreement, but would rather favour payment of a reasonable sum in full and final satisfaction of the claim.

“The government would only consider monetary payments to P & ID, and in this regard offered a sum of USD250Million (Two Hundred and Fifty Million US Dollars) to P & ID which was rejected by the P&ID.

“After the breakdown of negotiations, the P&ID continued with the enforcement action and simultaneously filed an action in the United Kingdom (UK) court for the recognition and enforcement of the arbitral Award in the UK.

JAMB to use NIN for 2020 UTME registration

Why I can’t interfere in Ganduje, Emir of Kano dispute —Buhari