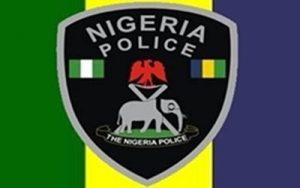 The Police Service Commission  is locked in a battle with  the Nigeria Police Force over who has the authority   to  recruit   10,000 constables approved by President Muhammadu Buhari.

It was learnt  that the development had forced the PSC to suspend the exercise indefinitely.

Spokesman for the  commission, Ikechukwu Ani, in a statement on Friday  confirmed the recruitment had been put on hold  to finalise the remaining stage of the exercise.

The commission  directed candidates to wait for further directives, warning them to ignore any list or information on the exercise not  from  them.

Ani said the commission  would resist “any attempt to ambush the ongoing recruitment exercise or dilute its content,” adding  that this would be an affront to the Constitution and a waste of national resources.

He said, “It is the constitutional responsibility of the commission to recruit Nigerians into the Force, whether as constables, cadet inspectors or cadet ASPs, and the commission is not ready to abdicate this very important mandate.”

Our correspondent learnt that the Inspector-General of Police, Mohammed Adamu, had visited the PSC office where he told the management  that it was the responsibility of the police to recruit the constables who took their aptitude tests a few weeks ago.

By law the PSC  is  responsible for the recruitment, discipline and promotion of officers, but the agency  in the  past permitted the NPF  to oversee the  recruitment of constables.

A source said,  “The IG convinced the PSC Chairman, Alhaji  Musiliu Smith, a retired IG, that it was the responsibility of the NPF to handle the ongoing recruitment.

“The PSC chairman agreed with Adamu’s position because the police have been allowed to recruit constables  while the commission deals  with the  recruitment of cadet inspectors or cadet ASPs. But the PSC  workers are not happy with the development and have  threatened to embark on a seven-day warning strike if the commission yielded to the IG’s position.”

Already, a notice of the strike has been issued by the workers union and copied to Smith and other management staff of the PSC.

The Joint Union Congress in a communiqué issued at the end of its meeting in Abuja on Thursday, asked the PSC to henceforth operate within its constitutional mandate in full capacity.

The statement signed by the Nigeria Civil Service Union officials asked the commission to conclude the recruitment exercise “which has become  the  subject of controversy by over-reaching meddlesomeness of the Nigeria Police high command.”

The union added, “Understanding that the matter at stake is the interpretation of the words, ‘recruitment and appointment’. It is not in doubt that the matter has been  the  subject of contention overtime, which has since been settled in favour of the commission as far back as 2003 under the chairmanship of Simon Okeke.

“The congress, therefore, mandated the commission to refer to that document of interpretation by Justice Kanu Agabi, which we know is in the possession of the commission and as a matter of utmost urgency proceed for legal interpretation at the Supreme Court to put the matter to a final rest.”

The communique added, “Finally, congress resolved to serve this as a seven-day notice of strike action for which a warning strike would commence on September 2, pending the resolution of the matter.”

Force spokesman, DCP Frank Mba, said he was not aware of  the development.