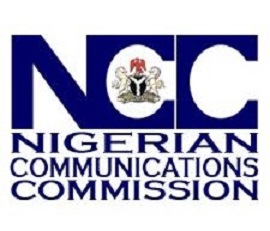 The Kano Zonal Office of the Nigerian Communications Commission, in a joint operation with the Nigeria Security and Civil Defence Corps, has arrested three persons in the state over fibre cable vandalism and theft.

The commission also called on telecom consumers to report cases of cable vandalism to it and law enforcement agencies.

Speaking on the success of the operation on Friday, the Controller of NCC, Kano Zonal office, Shuaibu Swade, described the arrest as a demonstration of the results the commission expected by pursuing one of the agency’s eight-point agenda on strategic collaboration and partnership.

Swade said the joint effort eventually led to the arrest of the cable vandals and subsequent confiscation of already stolen fibre cables by the culprits.

He said, “The NCC’s Kano Zonal Office, in its relentless efforts at strengthening community engagement and strategic relations across various communities in Kano and other states within the zonal office supervision, has recorded successes.

“Early this week, our community liaisons in Karkasara community in Taurani Local Government Area of Kano informed us of an ongoing vandalism of underground telecom  (fibre optic cables) infrastructure.

“In a proactive response to the tip-off received, the Zonal Office and the NSCDC team made a joint swift arrest of the culprits at the scene of the crime. The arrested persons were subsequently made to lead us to a hidden location where previously-vandalised and stolen cables were kept.”

He explained that the cables recovered from the culprits had been taken to the NSCDC Command in Kano, as exhibit for further investigation.

While commending the individuals who gave the information for their patriotism, Swade called on other telecom consumers to always report suspected or sighted cases of vandalism to the commission or other law enforcement agencies for necessary enforcement actions.

“One of the major problems consumers of telecom services do complain about is that of poor service delivery by service providers. However, some of the major factors responsible for occasional poor service are cable cuts, vandalism and theft.

“We, therefore, call on various communities to always be vigilant and give us useful information that can help us track down and apprehend such criminal actors against telecom infrastructure,” he said.

Naira appreciates by N2 in the parallel exchange market