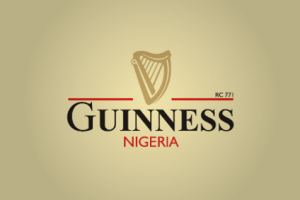 Guinness Nigeria Plc has declared a dividend of N1.52 per ordinary share of 50 kobo each for the 2018 financial year, which translates to N3.32bn.

The company, in its financial statement for the year ended June 30, 2019, which was made available to the Nigerian Stock Exchange on Thursday, said the dividend payment was subject to the approval of shareholders at its upcoming Annual General Meeting.

A profit after tax of N5.48bn was reported, down from N6.72bn recorded in the corresponding period of 2018.

The Managing Director, Guinness Nigeria, Mr Baker Magunda, while commenting on the result, stated that the company would continue to work on all operating indices while expecting that the micro and macroeconomic parameters improve.

Magunda said, “Revenue for the year declined by eight per cent, compared to same period last year on the backdrop of an extremely challenging macroeconomic and competitive environment.

“The cost of the increase in excise duty at a time of stagnant consumer disposable income had to be absorbed by industry players. Despite the tough competitive landscape, we continue to see good growth performance from Guinness, spirits and the malt drinks.”

He stated that a combination of factors such as inflation, prior year royalties and accruals not approved by National Office for Technology Acquisition and Promotion, led to a 17 per cent decline in gross profit for the year.

Magunda added that marketing expenses reduced by 16 per cent and distribution costs initiatives partly mitigated the gross profit decline, thus leading to a fall in operating profit by N4.4bn.

According to him, a 46 per cent reduction in net finance costs further helped to cushion the decline in operating profit.