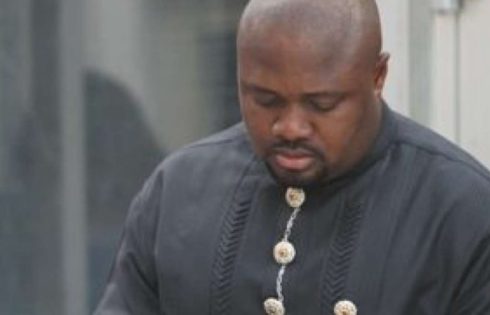 In a 190-page judgment, Justice Mohammed Idris held that the Economic and Financial Crimes Commission (EFCC) failed to prove any of the 22 counts against Owei-Dudafa and a Heritage Bank worker, Joseph Iwejuo, beyond reasonable doubt.

The judge berated the commission for failing to properly investigate the matter before rushing to court in 2017, when the defendants were arraigned.

The judge said Omeibi, who could have linked the defendants to the offences, was not summoned to testify.

The defendants had asserted that the N1.6 billion was proceeds of a March 6, 2013 launching conducted by the Anglican Church of Otuoke Community in Bayelsa State for the building of a youth development centre.

The ex-President kept the money in trust for the church, they said.

The prosecution, the judge noted, made “no attempt to rebut this assertion”.

During the trial, the prosecution alleged that Owei-Dudafa received several “heavy bags” containing millions of dollars on behalf of Dr Jonathan from the CBN.

But the judge wondered how the EFCC knew that the bags contained money.

Justice Idris said: “Did the prosecution call any official of the Central Bank of Nigeria to show that the money was removed from their office? Also, I do not see any evidence that the same funds were released by the CBN. To my mind, the prosecution did not sufficiently link …to the supposed heavy bags carried by the first defendant.”

The judge held that the anti-graft agency’s case was “built on suspicions”.

The failure to call vital witnesses, he noted, was fatal to the EFCC’s case.

Justice Idris said: “I also say suspicious because the presence of Somprei Omeibi, M. S. Dasuki, the then National Security Adviser; S. A. Salisu, the then Director of Finance and Administration in the Office of the NSA and the CBN governor or his representative would have cleared a lot of issues… The court cannot act on suspicion.”

According to him, the EFCC’s evidence was inadequate.

“Let me state for the avoidance of doubt that the Judiciary is fully committed to the fight against corruption, but the Judiciary can only perform its role in this fight in accordance with laid-down rules and regulations.

“In this case, the investigation was clearly inconclusive. A lot of gaps were left unfilled. This is unacceptable… I find the defendant not guilty.”