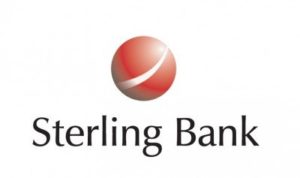 While speaking during a press briefing in Lagos on the bank’s upcoming Agriculture Summit Africa, which would take place in Abuja, the Group Head, Agriculture Finance and Solid Minerals, Sterling Bank, Bukola Awosanya, said the bank had been at the forefront of Nigeria’s agricultural transformation agenda.

She said it sought to commercialise agriculture at scale nationwide through focus on value chains where the country had comparative advantage.

The bank, she added, had taken agriculture as important to the economy and that food security was vital to any economy.

She said that the theme of this year summit was ‘Agriculture – Your piece of the trillion-dollar economy,’ and that it sought to actualise the $1tn African agribusiness economy dream by 2030.

Awosanya said, “Sterling Bank has identifie agriculture as one of its priority sectors and committed to organising an annual agriculture summit bringing key stakeholders, investors and players together to discuss issues, highlight points and look at the way forward.

“The summit will be looking at the future of agriculture, position farming, and the use of technology to drive agriculture.”

The Executive Director, Corporate and Investment Banking, Yemi Odobiyi, said, “We will not be able to stabilise the economy of this country until we address the food security issue and Sterling Bank wants to be associated with the government’s initiative in this regard.”