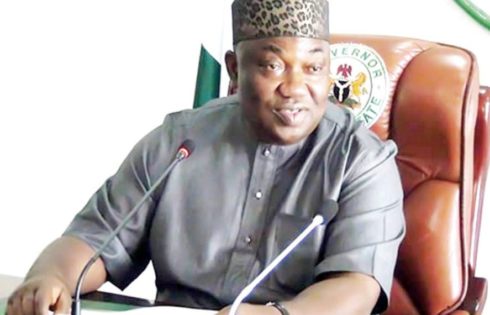 Enugu State on Tuesday became the first state to commence the implementation of deployment of forest guards to stem an upsurge of insecurity.

States in the Southeast had agreed to recruit and deploy guards in the forests.

Enugu as one of the safest in the country, recently experienced a spate of kidnapping and killings as a result of which Governor Ifeanyi Ugwuanyi took the proactive step of recruiting guards to secure the forests in the state where the security threat is prevalent.

A meeting hosted yesterday by Governor Ugwuanyi with top officials and security chiefs in attendance, was used to finalise the new security plan and the endorsement of 1, 700 Forest Guards.

At the meeting were also members of the House of Assembly led by Speaker Edward Ubosi, the 17 local government council chairmen and the director, Department of State Services (DSS).

For the guards, 3,963 applications were received, out of which 2,646 were shortlisted and screened. The state has engaged 879 while the remaining 821 applicants are being screened for the next batch.

The meeting also approved the purchase of 260 security vehicles, one for each of the 260 wards. There will also be 260 motorcycles made available for all the wards while communication gadgets will also be provided.

It was learnt that the state government will establish the ministry of security affairs to coordinate the activities, supervise intelligence gathering and interventions within the new Enugu State security architecture.

Methodist Church Prelate Dr. Samuel Uche applauded Governor Ugwuanyi’s effort to sustain the state as one of the most peaceful.

Dr. Uche hailed the recruitment of 1,700 Forest Guards by the government.

He hoped they would be “specially trained and equipped with arms and ammunition to fish out miscreants in Enugu State.”

Speaking when he led leaders and members of the Church on a visit to Ugwuanyi, the Prelate said “Enugu is growing astronomically and spiritually” and described the governor as “a man of peace, a good man, a trailblazing governor and lover of people, who ensures serenity, tranquility and equability”.

He is “an ecumenical and friendly governor”, he added, and prayed for God to strengthen him and “grant you unending wisdom to govern your people aright”.

He also prayed against the security challenges in the state and the country, asking God “that the activities of these bandits will stop henceforth in Jesus Name”.

The governor thanked him for his prayers for his family and the state as well as the strong and credible voice he lent to the debate on insecurity, youth unemployment, masses welfare, among others in the country.

“We urge you to continue to inspire patriotism, national rebirth, constitutional leadership and responsible citizenship for sustainable peace, unity and national development consistent with the mandate of the Church”, Ugwuanyi added