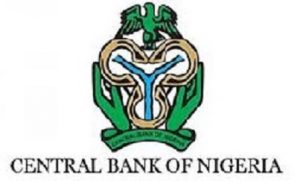 The CBN is also expected to mop up excess liquidity via Open Market Operation auctions this week.

Analysts at Afrinvest Securities Limited said the treasury bills secondary market might sustain its bearish run as investors took a position in the PMA offer and potential OMO offerings at more attractive yields.

Consequently, average yield across all tenors advanced by 130 basis points week-on-week to settle at 15.2 per cent.

Sell pressures were witnessed across all segments of the curve as the average yield on the short, medium and long end of the curve rose by 109bps, 65bps and 191bps week-on-week, respectively.

The apex bank conducted an OMO auction last Thursday, which resulted in a ‘no sale’ following weak subscription levels as investors demanded higher rates across all tenors.

Analysts said the Federation Account Allocation Committee’s share of N760bn and OMO maturities of N45.7bn were unable to elevate liquidity level at the end of last week.

Going into the week, they said they expected to see a boost in system liquidity on the back of maturities from T-Bills and OMO bills worth N208bn and N393.3bn, respectively.

In the bond market, a negative performance was sustained as average yield trended northwards by 71bps as a result of continued sell-offs in the market.

As a result, average yield settled at 14.4 per cent week-on-week.

However, an under subscription was recorded across all tenors (N145bn offered vs. N95.1bn subscription).

A sustained bearish trend is anticipated by analysts and investors in the bond market as foreign investors continue to reduce their exposure to the Nigerian bonds market, amid the global economic risk concerns.